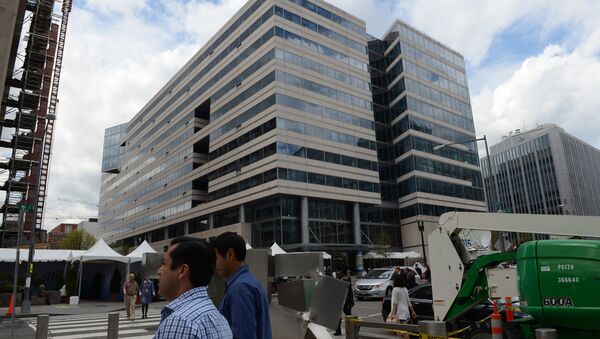 WASHINGTON (Sputnik) - El Salvador will receive an emergency infusion of $389 million in the nation’s first disbursement from the IMF in decades to help cushion the nation’s economy from the impact of nationwide restrictions on transportation and quarantine for citizens exposed to the coronavirus, the IMF said in a press release.

It also added that the disbursement will be used to bolster the nation’s health system and provide financial relief for people unable to work during the pandemic.

“This emergency financial assistance represents the first disbursement under an IMF lending arrangement to El Salvador in over three decades. El Salvador has adopted strict measures to prevent and contain the pandemic since early February - even before the first case was diagnosed - including travel restrictions, mandatory quarantine for exposed citizens, suspension of non-essential public and private sector operations, and a nationwide shelter-in-place order", the release said on Tuesday.

El Salvador’s virus-containment measures coupled with the global economic downturn are expected to stall economic activity in the short term and cause a temporary deterioration in the country’s fiscal and external positions, the release also said.

The authorities’ emergency response also comprises measures to mitigate the economic impact of the pandemic on the population, including through targeted cash transfers to vulnerable households and tax relief in the most affected economic sectors, the release added.

Macroeconomic stability should be preserved by allowing these temporary virus restrictions to lapse next year and by committing to a gradual fiscal adjustment starting in 2021. Such a strategy should put public debt on a firmly declining path to reach 60 percent of GDP by 2030, ensuring compliance with the nation’s Fiscal Responsibility Law, according to the release.

As of 14 April, the number of registered COVID-19 cases in the country has almost reached 150, with 6 fatalities, the local Ministry of Health data shows.