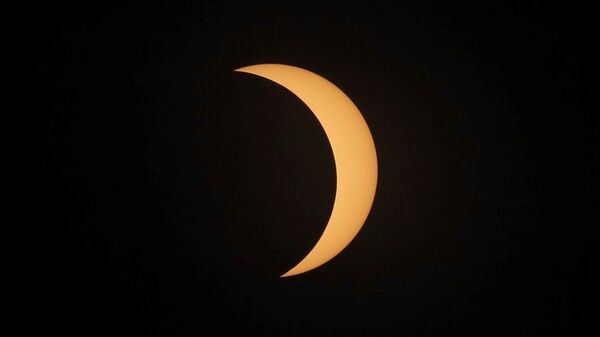 Dubbed the "Great American Eclipse", the 2017 total solar eclipse event saw a totality spanning from the Pacific to the Atlantic Ocean lasting about 2 minutes as an estimated 12 million gazed up at the moon-blocked sun.

The next significant north American total solar eclipse will appear on 8 April 2024, beginning in Mexico and shifting north and east up through Texas to New England and finish in Canada.

Total eclipse is set to start at 12:38 p.m. ET, 4 years from today, and end at its northernmost point at 3:55 p.m., covering parts of Ontario, Quebec, New Brunswick, Prince Edward Island and Newfoundland.

It will follow a different path than the 2017 eclipse, which began in the Pacific Northwest, cut across the Midwest, before ending in the Southeast.

Experts are saying that the 2024 celestial event will last 139 minutes over land and have a 100-mile-wide path in totality, while also partially darkening much of the continent.

"What is most exciting about the April 8, 2024 total solar eclipse is that the total phase of eclipse is nearly twice as long as the 2017 eclipse", said Michael Zeiler, an eclipse cartographer who founded GreatAmericanEclipse.com, Forbes reported.

"Because it is so much longer, the width of the path of totality is also bigger".

“Not since July 22, 2009 has a total solar eclipse over four minutes in duration been visible to a major population”, said Zeiler.

“When you factor in the heightened interest after the 2017 eclipse and the proximity of the eclipse path to the most populated parts of the country, it’s possible that 40 or 50 million Americans will go to see totality".

If the total audience reaches that number, it would make it the most watched eclipse event in history.

The last total solar eclipse on July 2, 2019, reached 4 minutes, 33 seconds, but only in parts of the Pacific Ocean. Those flying in a chartered Boeing 787-9 aircraft, in an attempt to see the event, experienced an 8-minute totality, while most viewers on the ground saw 2 minutes in Chile and Argentina and much of North America.