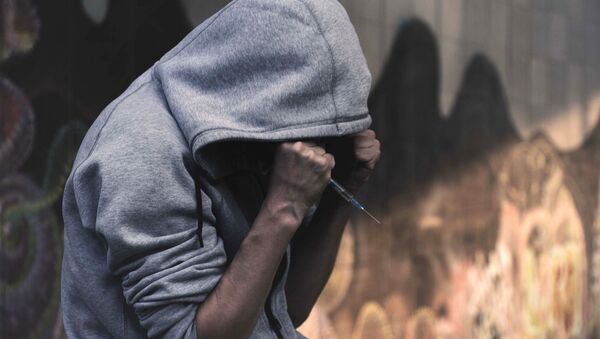 CC0 / /
Subscribe
Chris Summers
All materialsWrite to the author
The coronavirus crisis has led to the cancellation of most international flights, massively reducing the amount of heroin and cocaine which can be smuggled. US President Donald Trump has sent warships to the Caribbean amid fears Latin American drug cartels are sending more narcotics by sea.

Britain’s National Crime Agency has promised tackling the supply of illicit drugs remains a "high priority" amid the coronavirus crisis, which is believed to have disrupted the flow of cocaine from Latin America and heroin from Asia.

Last week, the US President Donald Trump dispatched warships to the Caribbean in an attempt to catch boats smuggling drugs from Colombia, Venezuela, Mexico and other Latin American countries.

President Trump said: "We must not let the drug cartels exploit the pandemic to threaten American lives.”

In a normal month tons of Class A drugs are smuggled into Europe and North America from Latin America and Asia, often via Africa or the Middle East.

But because international flights have been massively reduced, very little is getting through and street dealers are getting short of "product".

#WATCH | This week officers have been out early doors to tackle drug crime across the Capital. Teams have raided homes of wanted offenders as part of an operation to bear down on drugs and keep our city safe. pic.twitter.com/AL6Ngzu0kh

​The National Crime Agency’s drugs threat lead, Lawrence Gibbons, told Sputnik: "During the unprecedented situation the UK is facing, the NCA remains committed to relentlessly pursuing organised crime groups who present the most significant threat to the UK, including those trafficking drugs.”

Mr Gibbons said: "Our work in the illicit drugs space remains a high priority and we’re aware that criminals may adapt to changing circumstances. We are monitoring intelligence and working with partners to ensure that we, and the whole law enforcement system, are alert to any increase, decline or indeed changes in drug supply chains and can respond swiftly."

He told the UK-based Society for the Study of Addiction (SSA): “I would be particularly concerned if opioid NPS (New Emerging Psychoactive Substances, such as fentanyl) began to appear in heroin supplies given their high potency and unpredictability.”

Just spoke with a paramedic. They are starting to get more calls than normal for heroin overdoses. Problem, fentanyl in the heroin. The standard dose for reversal in opiate overdose is 2mg of Narcan. He gave 14mg en route to the ER. Pt then put on narcan drip.

​Dr Bowden Jones also issued a warning to addicts about the coronavirus: "People who use heroin and also have impaired lung function are at greater risk of respiratory depression. This is particularly true for vulnerable groups such as people who are homeless, and particularly roofless, but also for the ageing cohort who characterise heroin users in the UK."

Police sources in London say there is also a fear the shortage of street drugs will lead to increasing violence with gangs armed with guns or knives robbing each other of hard drugs or attacking secret hydroponic cannabis factories in UK cities.

On 23 March Vice magazine ran an article in which they claimed Ismael ‘El Mayo’ Zambada, the leader of Mexico’s Sinaloa Cartel, had sent a WhatsApp message to dealers in which he warned wholesale prices for methamphetamine would rise because quarantine measures introduced in the US and elsewhere had cut supply routes.

CBP officers in Laredo seized $2.4M in meth and heroin hidden inside a vehicle arriving at the Gateway to the Americas Bridge, following a K9 alert. More via @CBPSouthTexas: https://t.co/YEMg9g6FhS pic.twitter.com/GQMiaBZZts

​The article’s author, Keegan Hamilton said the message said: “El Mayo sent this announcement saying, ‘Everyone is going to sell a pound of crystal for 15,000 pesos (US$600) from now on because of the shortage. Before that, it was 2,500 pesos ($100)…The message also said, ‘If you don’t obey, pay attention to the consequences’.”

Zambada is believed to have taken control of the Sinaloa Cartel - Mexico’s most powerful - since the arrest, extradition and subsequent conviction of Joaquin 'El Chapo' Guzman.

On Tuesday, 31 March, a tunnel linking the Mexican border town of Tijuana with San Diego, California, was discovered and 590 kilos of cocaine, 39 kilos of meths, 7.7 kilos  of heroin, and 3,000 pounds of marijuana was seized.

#heroin
This is how is evil work pic.twitter.com/DprW4ZFDLj

​The following day Sri Lanka's navy seized US$65 million worth of crystal methamphetamine and ketamine from a ship which had sailed from Pakistan.

If the cartels are unable to get their drugs through the supply of hard drugs on the streets of Europe and North America will begin to dry up.

Dr Bowden Jones said there was one bright spot: "On the positive side, a reduced availability of heroin could mean that more people might seek treatments such as opioid substitution therapy."

So it is possible there will be less drug addicts in the UK when the crisis is over - either through deaths or people simply giving up their habits.

000000
Popular comments
Odd how the americans announce their anti-drug effort for the Caribbean, yet remain quiet on Afghanistan. Afghani heroin is distributed throughout Asia & Europe with the artificial state of kosovo acting as a gateway into southern europe. Research camp bondsteel.