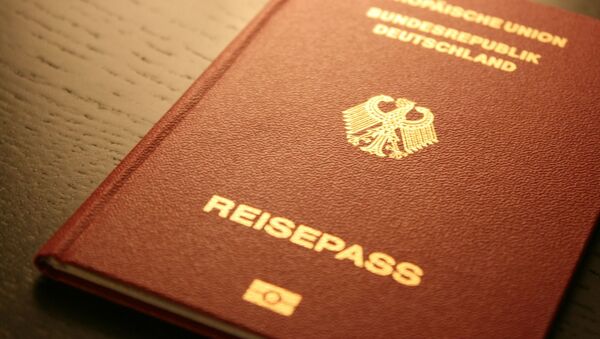 CC0 / /
Subscribe
This week, the World Health Organization said it expects the number of new coronavirus infections to rise to over a million cases in the coming days, with UN chief Antonio Guterres saying that in additional to the danger to public health, the pandemic is set to become the biggest threat to global peace since World War II.

The COVID-19 outbreak may lead nations to create a new kind of ‘immunity passport’ to try to ensure that travelers entering various countries are in a good state of health, a study by Germany’s Deutsche Bank seen by Barron’s magazine suggests.

According to researchers, COVID-19 has shown just how quickly the world can change beyond recognition in a matter of weeks, and it won’t be surprising if countries remain reluctant to open their borders, even after the crisis abates, without new tools.

Deutsche Bank expects tourism to be the last industry to return to normal, and says people from countries which cannot prove their good health somehow will most likely have to cancel their trips. Alternatively, proof of good health could come in the form of an ‘immunity passport’ – a secure, smartphone-based tool containing information about the user’s wellbeing.

If the technology becomes available quickly enough, such ‘immunity passports’ could promote tourism and travel. If not, the ban on travel could be replaced with mandatory periods of self-isolation upon arrival, researchers say.

The study expects the world economy to face the consequences of states focusing on domestic economic needs before opening back up to the outside world for some time to come. It also predicts that “by June, workers within countries will have resumed their jobs, retail stores will be open, and restaurants functioning,” even if social distancing measures remain in place for some time.

Analysts also expect some countries to face several rounds of lockdowns, given the experiences of Hubei, China, but optimistically suggest that with a better understanding of how the virus spreads, and more sophisticated testing, governments may not have to resort to tough lockdown measures in force in many countries today.

The study comes in the wake of another analysis by Deutsche Bank economists last week which said that there was no historical precedent for the current economic crisis, which makes forecasts more difficult. “These are truly unprecedented events with no adequate historical example with which to precisely anchor our forecast. The evolution of the virus is also highly uncertain,” economist Peter Hooper said in that study.

Since its emergence in Wuhan, Hubei province, China in late 2019, the new coronavirus has gone on to infect over 981,000 people worldwide, killing 50,200 to date and wreaking havoc on the global economy, as well as drastically limiting civil liberties in some countries.

000000
Popular comments
The pandemic in itself is not a threat. Probably doesnt even exist. The threat on the other hand is all the power crabs and expanded government control 1984-stype that was planned to come with this scam. And we are seeing it being deployed right in front of our eyes. Where is the resistance?
Martin S
2 April 2020, 22:03 GMT2
000000
Another form of discrimination, thought up by a bank during a staged "pandemic". Only the "healthy" will be able to travel? What organization will determine an individual's health status?