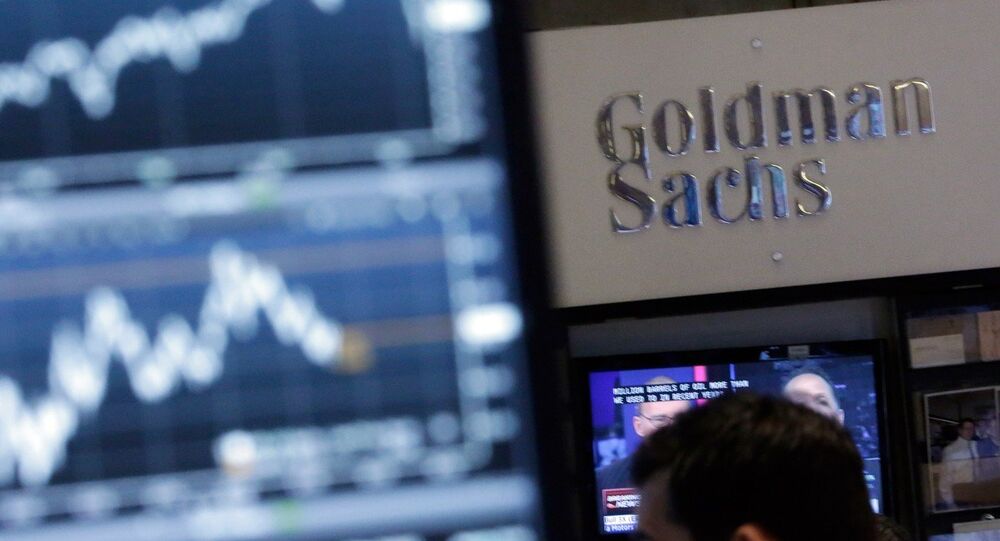 ‘Historic’ & ‘Unrecognisable': Analysts Warn of Deepening Crunch Due to US’ ‘Full Economic Stop’

Social distancing due to COVID-19 has led to a shutdown of conventional economic mechanisms, with analysts lamenting that their and their colleagues’ forecasts could be nothing but vague and far-fetched, as the current factors are completely unprecedented.

Economists have been increasingly voicing their and the general public’s concerns about coronavirus forcing the world’s economies to grind to a halt, with Goldman Sachs analysts warning that the US’ GDP will plunge by a record 24% amid a full "economic stop."

“It doesn’t even show up own historical charts”, Myles Udland, an economic reporter for Yahoo Finance, commented on the forecast, adding that “this puts into perspective the magnitude of what we could be looking at in the next couple of months”.

“Over the last few days social distancing measures have shut down normal life in much of the US”, Goldman Sachs economists led by Jan Hatzius wrote on Friday, as cited by Yahoo Finance, stressing the slews of layoffs, disrupted logistics, and a collapse in spending, “both historic in size and speed”, as well as the shutdowns of schools, stores, manufacturing facilities, etc.

Economists have struggled to picture and model the coronavirus' economic fallout, with Credit Suisse economist James Sweeney stating that there is “no blueprint for the current shock”, while the general uncertainty “about the extent of contagion and the economic consequences is overwhelming”.

“Economic data in the near future will be not just bad, but unrecognisable”, his team said last Friday.

Although many investment banks, like Bank of America and JPMorgan are less pessimistic than Goldman Sachs and have come up with more modest guesstimates, all of them have a bleak forecast for the second quarter of the year.

“We believe that the US economy has fallen into recession, joining the rest of the world, and it is a deep plunge”, Bank of America economists led by Michelle Meyer wrote on Thursday, outlining the grim details of would-be life:

“Jobs will be lost, wealth will be destroyed and confidence depressed. The salvation will come if there is a targeted and aggressive policy response to offset the loss of economic activity and ensure a sound financial system... There is a large uncertainty band around the forecasts”.

Meanwhile, Deutsche Bank specifically brought up the fact that no historical example can be found to “anchor” the ongoing economic collapse:

“These are truly unprecedented events with no adequate historical example with which to precisely anchor our forecast. The evolution of the virus is also highly uncertain”, Deutsche Bank economists led by Peter Hooper said, also emphasising the unrivalled uncertainty of all current forecasts.

Barclays economists likewise stressed that timely evidence from conventional economic data releases is still “in short supply”, going on to speculate on the coronavirus hotspot localisation in the US and make conclusions:

“Hotspots eventually occur in states that encompass 60% of overall US activity, but with deeper disruptive effects than we projected previously”, the team speculated.

“Given the depth of the disruptions, fiscal and monetary policy measures would be less effective at containing second-round fallout through various channels (such as credit, uncertainty, and confidence) than before”, the team, led by Michael Gapen, said late last week.

Economies are struggling due to disrupted economic networks, as most people - potential clients for businesses and employees themselves - are recommended to set up home offices, as well as ditch travel and any relocation.

While the form, timing, and impact of the response to the pandemic, as governments are working on updates to monetary and fiscal policies, are not fully clear, it is widely believed that only a dip in confirmed cases and health authorities’ total control of the pandemic may again lead to an upswing in activity.