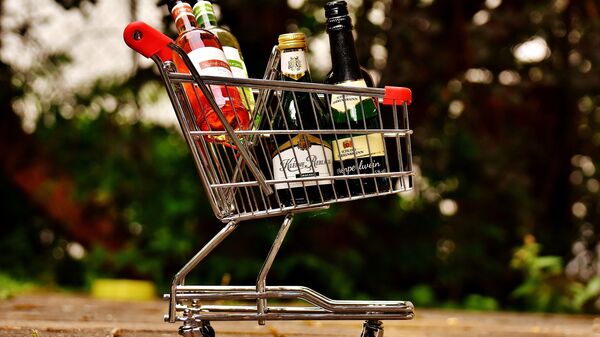 Victoria Teets
All materialsWrite to the author
As essential supplies fly off the shelves across the United States amid the COVID-19 pandemic, toilet paper and milk aren’t the only things in high demand: People are also making sure to stock up on enough booze to last for the remainder of lockdown measures imposed by local governments.

Currently, over 80% of Americans have received stay-at-home orders from their state or city governments in an attempt to slow down the spread of the novel coronavirus. States that have not yet enacted such orders are likely to follow suit, as the US now has the most confirmed cases worldwide and is suffering from a skyrocketing death rate.

“This means at least 270 million people in at least 33 states, 89 counties, 29 cities, the District of Columbia and Puerto Rico are being urged to stay home,” according to the New York Times.

Amid this new reality, alcohol sales continue to ascend as bars and restaurants close down. According to the Washington Examiner, “alcohol sales were up 55% in the third week of March, according to data from the market research firm Nielsen. Tequila, gin, and pre-mixed cocktails experienced the highest jump in sales, with an increase of 77% compared to the same week in 2019.” Beer sales were found to have grown 44%, and wine sales went up 66%.

Many states have declared brick-and-mortar liquor stores to be “essential business” amid the lockdown, allowing them to remain open alongside grocery stores and pharmacies. However, some states such as Pennsylvania and Alabama have instead chosen to order their alcohol stores to close as part of their response to fighting the pandemic. This has further jolted online alcohol sales, which have risen a staggering 243% compared to the same time period last year.

In the interest of public health and safety, cheers!