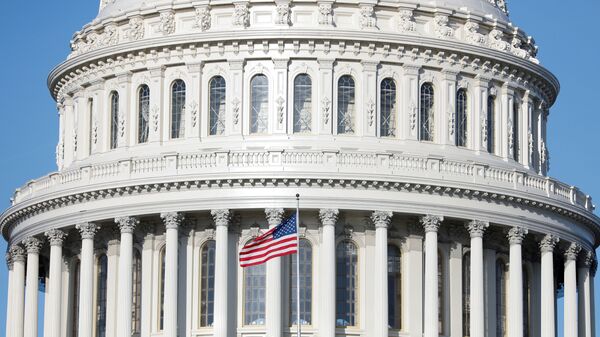 The New York-based Daily Beast newspaper reported Saturday that the White House is "launching a communications plan across multiple federal agencies," asking officials to stick closely to talking points which focus on accusing China of "creating a global pandemic."

The strong ideological bias of some US politicians and media outlets has led them to eagerly find faults with each and every measure China has taken to fight the virus. They then extend their falsehoods and claim that China's governance system is a complete "failure." They have repeatedly criticized the Chinese government for "controlling" public opinion and providing "imperfect" information, but Washington itself is now forcing officials to speak with one voice, an obvious embodiment of its double standards.

It is to some extent the US government's control of public opinion and cover-up of information that have fueled the outbreak of the novel coronavirus in the country. With officials speaking along the same line to criticize China, some people in the US might have neglected authentic information and relaxed their vigilance against the deadly virus. Even some US experts have admitted that their country squandered valuable time provided by China's quick implementation of effective quarantine measures and large-scale suspension of nationwide economic activity.

At a time when the number of confirmed cases in the US is spiking, the increasing propaganda efforts by the US to attack China might have several explanations.

First, the White House is simply attempting to divert people's attention. The Trump administration made light of the disease during its initial outbreak in the US, which was a major mistake that has caused serious social and economic consequences. The number of infections in the US has topped 54,000 as of Wednesday. And the stock market witnessed four meltdowns in two weeks. The Trump administration is trying to cover up his errors by scapegoating China.

Second, the blame game is being played for political reasons. The Trump administration's mistakes in handling the epidemic have already become a glaring target for Democrats. As the US presidential election looms, Trump is concerned about his reelection chances so he is passing the buck in the hope that none of the blame sticks to him.

Third, the Trump administration hopes to shape negative public opinion about China, to further promote strategic competition between the two countries and lead the US to decouple its economy and technology. Some right-wing conservatives in Washington have long perceived China as a threat, and regard the country's rapid development and peaceful rise as a major challenge. Hawks in national security, trade and human rights in Washington continue to play tough with China. In this scenario, the Trump administration sees the pandemic as an opportunity it should not miss to attack, weaken and slow China's development.

China's tremendous achievements in controlling the epidemic and its timely help to other affected countries and regions have obviously benefited the international community. It is not difficult for the US media, experts, and the public to obtain such factual information.

Disrupting ties with China will not help the US save its economy and fight the epidemic. Some believe the US government is focusing more on saving the market than saving its people's lives. Its current strategies, however, will save neither. To guard both, the US needs to maintain relations and strengthen cooperation with China. China and the US share numerous common interests, especially in the face of this global health crisis. Having effectively curbed the outbreak, China could be providing the US with valuable treatment know-how and medical materials. Regrettably, the US continues to politicize the virus and mislead public opinion. Its moves are irresponsible to both its people and its economy.

US Coronavirus-Hit Jails at Risk of Becoming 'Death Camps' - Prisoner Rights Advocates
As the world's largest economy with advanced medical technology, the US should have played a leading role in the global fight against the pandemic. Instead, Washington's isolationism and "America First" doctrine, which are contrary to the globalization trend, will inevitably stain its own international reputation and status.

The Trump administration's performance amid the epidemic is a continuation of its policies of the past three years. It has long disregarded international obligations and has even undermined existing world rules and order. It is no surprise that it has been so desperately attempting to disparage China.

The US must immediately stop waging a public opinion war against China. China may even set up new government agencies to respond to mounting US attacks. China has no plan to intensify conflicts, but it will never swallow US insults.

The news is published in partnership with The Global Times.