Hearings of RUSADA-WADA Dispute at CAS Postponed to June 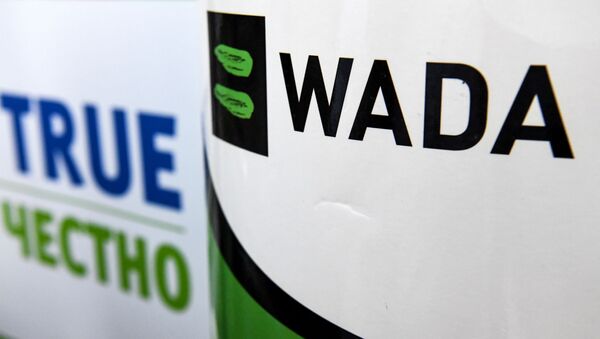 © AFP 2023 / KIRILL KUDRYAVTSEV
Subscribe
International
India
Africa
MOSCOW (Sputnik) - The hearings of the dispute between the World Anti-Doping Agency (WADA) and the Russian Anti-Doping Agency (RUSADA) in the Court of Arbitration for Sport (CAS) has been postponed until June, Alexander Ivlev, the chairman of the RUSADA supervisory board, said.

"Now the hearings have already been postponed to June, most likely for the middle of the month. We are waiting for further information and will announce as soon as something happens," Ivlev said.

Earlier in the month, Russian Sports Minister Oleg Matytsin said that the hearings could be postponed due to the situation with the COVID-19 pandemic.

In December, WADA labelled RUSADA as non-compliant with the world anti-doping code and suspended Russian athletes for four years from competing in major international competitions under the national flag, along with imposing a range of other restrictions, over the agency's alleged manipulations with the data of the national anti-doping laboratory in Moscow. Since RUSADA notified WADA officially about its disagreement with the decision, the dispute was referred to the Swiss-based CAS.