Japan in Talks With IOC to Postpone Tokyo Olympics - Report 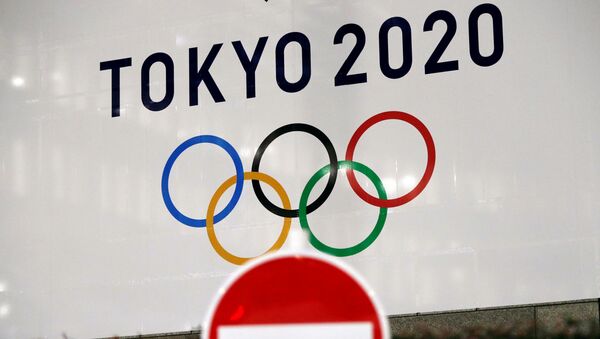 International Olympic Committee (IOC) President Thomas Bach said that a final decision on the postponement will be made in four weeks. Meanwhile, the number of COVID-19 cases in Japan has surpassed 1,000.

Japan's government is negotiating with the International Olympic Committee to postpone the Tokyo Olympic Games by a maximum of one year, the Sankei newspaper reported on Tuesday. According to the report, Prime Minister Shinzo Abe is reportedly set to hold phone talks with IOC President Thomas Bach later on Tuesday.

While the IOC has jurisdiction over the date of the Olympic Games and the final decision will be known in four weeks, an unidentified official said the Tokyo Games "will be postponed", according to the Sankei.

Shortly after the report, Japanese Olympics Minister Seiko Hashimoto said that 'it's first and foremost for us to join forces and respond firmly for putting an end to the coronavirus'.

"I believe the Tokyo Games cannot move toward the 'complete form' that the prime minister [Shinzo Abe] has mentioned as long as countries of the world have not put an end to the coronavirus," she told the reporters, according to Reuters.

According to Japan Times, the Japanese PM earlier acknowledged that it may be impossible to hold the 2020 Olympics in the "complete form" as he previously hoped.

“When it comes to hosting the 2020 Games, I don’t believe the world is in any condition to do so at this time,” Abe said during a parliamentary session Monday.

Nations and teams have been calling for Japan to postpone the games, while has Canada refused to attend a 2020 Olympics, demanding a one-year delay.

“We offer them our full support in helping navigate all the complexities that rescheduling the Games will bring. While we recognize the inherent complexities around a postponement, nothing is more important than the health and safety of our athletes and the world community,” the Canadian Olympic Committee and Canadian Paralympic Committee said in their statement.

Almost three-quarters of the 125 American athletes who participated in a US Olympic and Paralympic Committee town hall supported postponing the 2020 Summer Olympics in Tokyo, according to USA Today.

Michael J. Ryan, the World Health Organization chief executive director of the Health Emergencies Programme, said he is sure that the Japanese government and IOC will not hold the Olympics in 2020 if the games threaten athletes' and public health.

Japan has invested more than $12 billion in the Olympics, and a postponement would reportedly hurt the country, as well as sponsors.