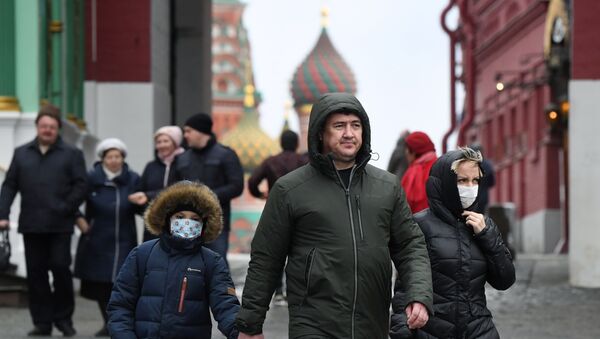 MOSCOW (Sputnik) - Russia has registered 53 new cases of the coronavirus in 18 regions over the last 24 hours, which brings the total toll of those infected to 306, the country's coronavirus response centre reported on Saturday.

"Over the last 24 Hours, Russia registered 53 cases of the coronavirus infection in 18 regions", the centre said in a statement.

According to the statement, 17 cases were detected in the Moscow region, six in the capital of Moscow, five in the Republic of Tatarstan, four in the Nizhny Novgorod region, three in the Sverdlovsk region, two each in the Tula and Kaliningrad regions and St. Petersburg, as well as in the Kabardino-Balkaria Republic and the Krasnodar region, among others.

The centre added that 16 patients, including three foreign nationals, have recovered since the outbreak in the country.

Russia
Coronavirus Fallout in Russia: Which Industries Will Benefit in Quarantine Era?
Earlier in the week, Moscow region's Governor Andrei Vorobyov put the region on high alert due to the threat of the spread of coronavirus. The regional authorities prohibited gatherings of more than 50 people, while schools, colleges and universities switched to remote learning.

So far, Russia confirmed 253 cases of coronavirus disease across the country.

The World Health Organisation declared the COVID-19 outbreak a pandemic on 11 March. More than 280,000 people have been infected with the coronavirus worldwide, with over 11,800 fatalities.