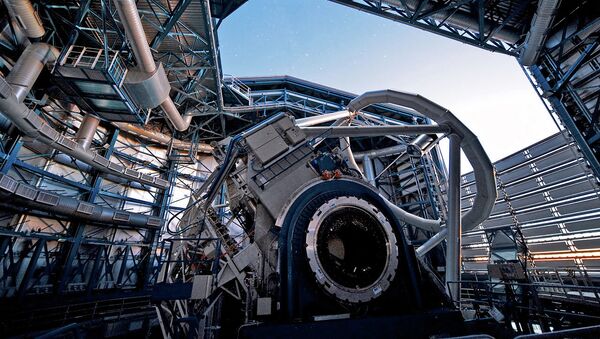 After believing since the 1980s that such a star should be theoretically possible, a group of astronomers has published their discovery of a bizarre star that pulses on just one side.

Every star changes size over the course of its life. Some swell up as they get old, others pulsate on a regular basis - but what about a star that pulses on just one side? Well, astronomers at Australia’s Sydney Institute for Astronomy at the University of Sydney have published a new study showing that this kind of star exists, too. 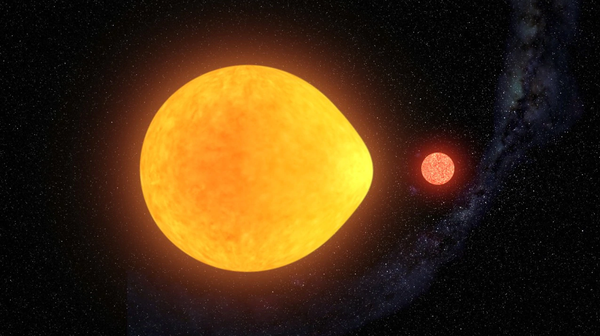 The reason for the star’s teardrop shape is that it’s half of a binary star system. Its companion star, a tiny red dwarf, orbits close and fast, pulling on its larger partner, distorting the bigger star’s shape so that it bulges on one side.

"What first caught my attention was the fact it was a chemically peculiar star," Dr. Simon Murphy from the Sydney Institute for Astronomy, a co-author of the study, said in a Tuesday news release. "Stars like this are usually fairly rich with metals - but this is metal-poor, making it a rare type of hot star."

"I've been looking for a star like this for nearly 40 years, and now we have finally found one,” said co-author Don Kurtz, a scholar at the University of Sydney visiting from the UK’s University of Central Lancashire.

The researchers noted they expect to "find many more hidden in the TESS data,” now that they know such a star exists and how to find it. The paper discussing their findings was published Tuesday in the journal Nature Astronomy.