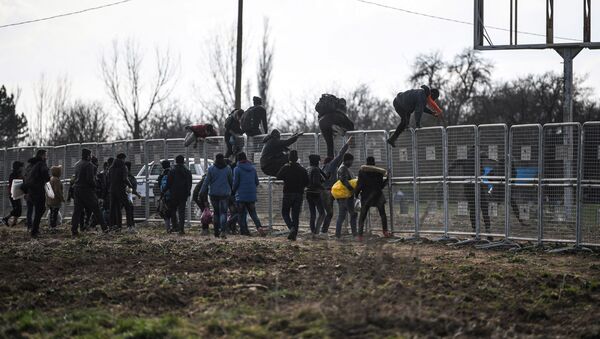 The day before, Vice President of the European Parliament and the head of the delegation from Greece's leftist political party Syriza Dimitrios Papadimoulis accused Turkish President Recep Tayyip Erdogan of using the migrant influx as the way to blackmail the EU.

Waves of migrants are gathering at the Greek-Turkish border in an effort to get into the EU amid a decision by the Turkish president to no longer try to prevent migrants and refugees from attempting to reach Europe.

The Turkish authorities have accused the bloc of not living up to promises it made under a 2016 deal.