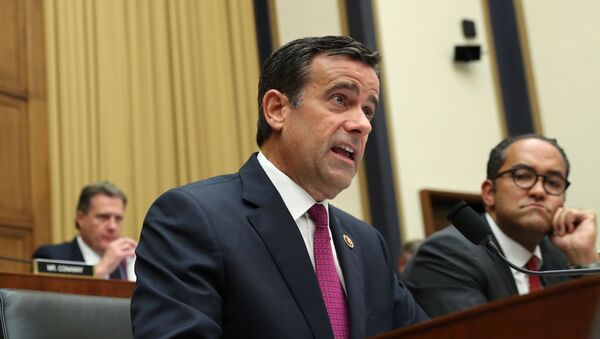 US President Donald Trump on Friday announced the nomination of US Representative John Ratcliffe (R-TX) for Director of National Intelligence.

"I am pleased to announce the nomination of @RepRatcliffe (Congressman John Ratcliffe) to be Director of National Intelligence (DNI)," Trump tweeted.

​Trump previously appointed Ratcliffe to be his intelligence chief last July. However, Ratcliffe withdrew his consideration several weeks later due to allegations that he had "padded his resume" and "bipartisan concerns about his experience," the Hill reported.

Ratcliffe will become the director of national intelligence after congressional approval by the US Senate.

Ratcliffe's questioning of witnesses during the Mueller probe and the House impeachment investigation drew positive attention within the Republican Party.

Trump's appointment of Ratcliffe comes after the president named Richard Grenell, the American ambassador to Germany, as the next acting director of national intelligence on February 20. At the time, Grenell was replacing retired US Navy Vice Admiral Joseph Maguire, who was then the acting intelligence chief.