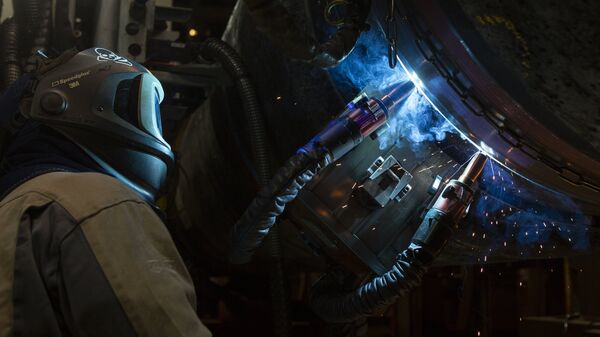 Ilya Tsukanov
All materialsWrite to the author
The impending completion of the $10 billion, 1,230 km Nord Stream 2 gas pipeline stretching from Russia to Germany through the Baltic Sea hit a snag after Washington slapped sanctions on the project, prompting pipelaying contractor Allseas Group S.A. to pull out. Moscow says the project will be finished anyway.

Earlier, speaking to Bloomberg at the Munich Security Conference on Saturday, Brouillette suggested that Gazprom “can’t” circumvent US sanctions on the Nord Stream 2 project and complete it on its own.

“It’s going to be a very long delay, because Russia doesn’t have the technology,” Brouillette said. “If they develop it, we’ll see what they do. But I don’t think it’s as easy as saying, well, we’re almost there, we’re just going to finish it.” 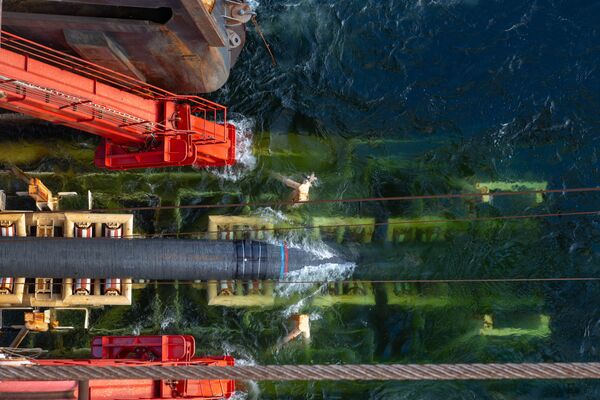 Late last year, with just 160 km of pipe left to build, the US slapped sanctions on contractors involved in the construction of the Nord Stream 2 pipeline. The move led to an angry rebuke from Berlin and Moscow, and prompted Swiss-based Allseas Group SA to suspend its commitments amid threats of “crushing and potentially fatal legal and economic” consequences.

Nord Stream 2 is a joint venture between Gazprom and five major Western European energy concerns including Germany’s Uniper and Wintershall, France’s ENGIE, Austrian OMV, and UK-Dutch conglomerate Royal Dutch Shell. When completed, the pipeline will be able to transit up to 55 billion cubic meters of gas per year from Russia to Germany, thereby doubling the capacity of the existing Nord Stream network, and turning Germany into a gas hub.

Recently, OMV CEO Rainer Seele said he was believed Russia could easily complete Nord Stream 2 on its own, with this requiring only a suitable vessel, since laying pipes at a shallow depth “doesn’t require any super technologies.”

Russian Energy Minister Alexander Novak confirmed late last year that Nord Stream 2 would be completed by the Akademik Cherskiy, a recently-built pipelaying vessel normally stationed in the Russian Far East. The ship left the port of Nakhodka a few days ago and is on route to the Baltic Sea, and is currently sailing off the Taiwan coast.

68 days away via Suez: Russian vessel Akademik Chersky is heading for the Baltic to continue work to complete Nord Stream 2 gas pipeline after Swiss contractors have left the site in fear of US sanctions. US has threatened sanctions against NS2 investors & its gas consumers #ONGT pic.twitter.com/nxN7ZmFkjE

Last week, German business outlet Handelsblatt reported that the US was planning additional sanctions if Russia moved to complete the pipeline, with the restrictions expected to be announced sometime later this month or in March, and targeting either the European energy companies involved or potential buyers of the gas.

Late last year, Russian Foreign Minister Sergei Lavrov stressed that he was confident that Nord Stream 2 couldn’t be stopped, because Europe understands its commercial and energy security interests, and won’t take kindly to US bullying. Moscow estimates the pipeline will be completed by early 2021 at the very latest.