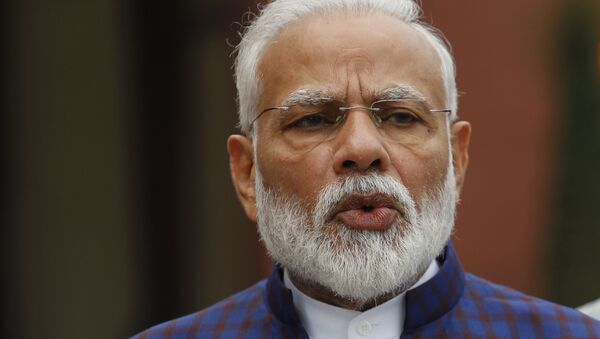 Shweta Sharma
Sputnik correspondent
All materialsWrite to the author
New Delhi (Sputnik): Despite its scenic beauty, foreign investors have shied away from investing in Kashmir, one of the world’s most heavily militarised zones that has witnessed three decades of violence.

A 25-year-old young businessman from Srinagar, Ashfaq Ahmed, and his brother Momin Ahmed had been planning to set up KFC in Kashmir since 2017. But they could not get the green light from the company.

It was in 2019 when they finally got the approval. The outlet, which will open on 15 February, was operated for a week last December in a newly-constructed mall in Kashmir’s Lal Chowk area. But the outlet had to be shut for a brief period of time after the mall was sealed over a parking issue.

“We had amazing footfall during the week we inaugurated KFC. The demand for KFC in Muslim-majority Kashmir had always been high. People used to get it from Delhi and other places for their family here,” said Ahmed.

“The situation is normal in Kashmir and I don’t think Internet shutdown will affect it. But yes, uncertainty continuously looms large over this region. You never know what would happen the next moment. But we are positive,” he added.

Despite the presence of several upbeat cafes in the region, Kashmir was deprived of foreign investment with its per capita income of INR 65,615 rupees ($920 approx.) in 2018, lower than the national average yet better than several other Indian states. 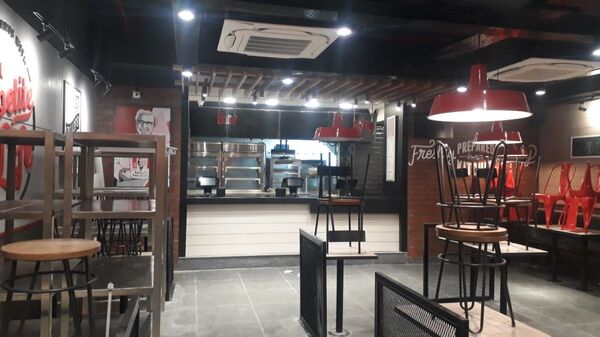 Jammu and Kashmir was India’s only Muslim majority state until 5 August, 2019 until Hindu nationalist Narendra Modi government issued a surprise executive decree by abrogating the special status of Jammu and Kashmir and separating the Buddhist-dominated Ladakh region from Kashmir as a federally administered territory.

Fayil Shaukat, a franchise owner of Chick Blast in Kashmir’s Nageen area, who has been running the outlet for many years, including when the region faced a six-month Internet shut down after 5 August, 2019, said that his business is not even working at 10 percent capacity due to the shutdown.

“People are left with only empty pockets as they are not able to work due to the shutdown. The business is not even 10 percent. There has been huge job loss here. Several companies have shut down, and private business remained closed. My online ventures of handicrafts have been badly affected. I can’t get in touch with customers, and get new orders,” he rued.

Tourism in Kashmir fell by 90 to 95 percent from August to December 2019 in comparison to the same period in 2018, according to the data provided by State tourism department. In 2017, as many as 133,220 tourists visited the Kashmir Valley in October — the highest in eight years.

Shaukat said until tourists start arriving again, there's no hope that his livelihood would return to normal.

India is planning to offer around 6,000 acres (2,400 hectares) of land in Kashmir to potential investors ahead of much-awaited investor summit in April.

Justifying the revocation of the region's special status in August 2019, Prime Minister Modi said the move was imperative to spur greater investment and ensure the development of the valley.

Land remains a sensitive issue in Kashmir, as people here fear that influx of outsiders would lead to a change in the demography of the region, which would then pose a threat to Kashmiri culture and identity.

The report by trade body, the Kashmir Chamber of Commerce and Industry (KCCI), revealed that Kashmir’s economy suffered a loss of INR 17,8780 million ($2.5 billion aprox.) in the face of severe restrictions imposed by the government.

Sheikh Ashiq Ahmed, the President of the KCCI, said it is impossible for Kashmir to recover from the losses it incurred in last six months and it will take several years for Kashmir to get back on track.

“The chamber has always supported government in its endeavours towards attracting foreign investment to induce development in Kashmir. But the current business in region should set precedence for the international companies. Each and every sector in Kashmir is bleeding. Every day we get businessman coming to the chamber seeking help as they are bankrupt,” Kashmir Chamber of Commerce and Industry chief Ashiq Ahmed told Sputnik.

The harm done to a patient’s health by a disease in six months cannot be recovered by the medicine in the seventh month, said Ahmed talking about the future of Kashmir.

He also asserted that existing business in Kashmir should be the role model for upcoming investment.

“Selling the market place and land is easy but working here is a challenge. And it would be equally challenging for companies to thrive in Kashmir,” said Ashiq.

Aegis Ltd., along with others MNCs, decided to wind up its operations due to continuous shutdown of internet services, which includes one of the longest internet shutdowns in India to date.

Kashmir was given 2G Internet six months after the government revoked its special status, retaining the ban on popular social media websites such as Facebook, Twitter and Instagram. Only government-approved whitelisted websites are allowed in Kashmir at present.

However, Kashmiri youth is evading the censors by using virtual private networks, or VPNs, considered illegal in the country, for accessing restricted websites.

The internet has been suspended more than 365 times in India under Narendra Modi’s regime, according to the global digital rights group Access Now.