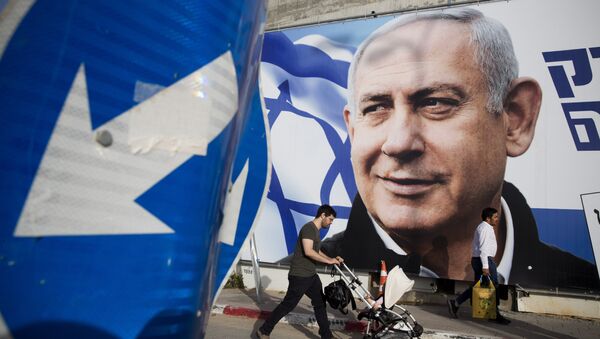 The full names, ID numbers, sex, and current addresses of the entire Israeli voter registry have reportedly been uploaded to the app by Netanyahu's Likud Party.

The Elector app, used by Israel's ruling right-wing party Likud, has leaked, apparently by accident, the personal data of the entire Israeli voter registry, which amounts to 6,453,254 citizens, Haaretz newspaper reported on Sunday.

According to the rules of privacy, the political parties in Israel are not allowed to publish personal data from the voter registry or share it with third parties, the outlet added, while they are also obliged to get rid of all the private information after the election cycle is over, "in a way that cannot be retrieved".

The firm owning the Elector app said it was a one-time incident and that measures have been taken to deal with the issue, but the damage has already been done, as app users are able to simply log in and download all the leaked data.

The party has not yet commented on the supposed technical glitch.

Israel set March 2020 as the date for its snap general election after the ruling party led by Netanyahu failed to secure a majority in the Knesset (the Israeli parliament) in two recent elections, while the premier was also unable to succeed either time in negotiating a broader coalition with the opposition.

The March 2020 vote will be the third parliamentary election in less than a year - a situation that is unprecedented in the political history of Israel.