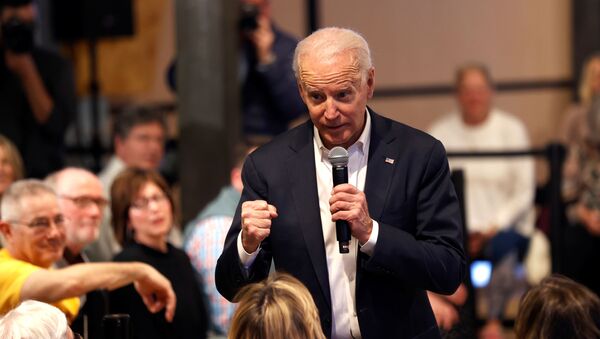 Former Vice President Joe Biden’s 2020 presidential campaign was also once a client of the tech firm that developed the glitchy app that led to multiple mistakes in the tabulation of the results.

Shadow Inc. is led by Gerard Niemira, who developed technology for Hillary Clinton’s failed 2016 presidential bid. However, the company was revealed by the New York Times to be working for the campaigns of Biden and Pete Buttigieg, as well as the Nevada and Wisconsin state Democratic parties at some time in the past.

Niemira had previously worked as a top official at ACRONYM, a DC-based nonprofit involved in digital advertising campaigns. ACRONYM’s CEO and co-founder is Tara McGowan, the wife of Michael Halle, who worked for the Clinton campaign and is an adviser for Buttigieg.

The newspaper found out that the company, which was paid $63,000 by the Iowa Democratic Party for the error-prone smartphone software, was working with Biden during his current campaign. A Biden aide said that they used Shadow to text voters prior to its May 2019 campaign launch in Philadelphia, but the technology failed to “pass our cybersecurity checklist.”

The absence of the final results has slowed the Democratic candidates down significantly in their race for votes, as nearly two days after the caucuses, Iowa has so far only released results from 71 percent of the precincts counted. So far the results show Buttigieg leading with 26.8 percent, followed by Sen. Bernie Sanders at 25.2 percent. In third place is Sen. Elizabeth Warren of Massachusetts with 18.4 percent, with Biden in fourth at 15.4 percent.