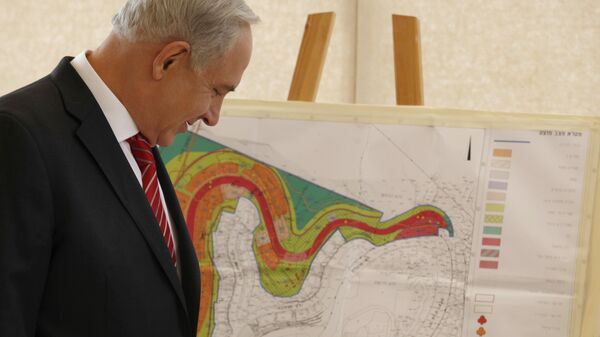 Ilya Tsukanov
All materialsWrite to the author
In a recent interview, Trump advisor and son-in-law Jared Kushner called on Israel to hold off on applying sovereignty over West Bank settlements until after the March parliamentary elections, with his words contradicting a statement by Prime Minister Benjamin Netanyahu that Tel Aviv could annex the settlement as soon as this Sunday.

The Israeli government has sent an inquiry to Washington over the planned annexation of the Jordan Valley and Israeli settlements in the West Bank following Trump Middle East advisor Jared Kushner’s remarks to a US media outlet asking Tel Aviv to hold off on the matter, a senior member of Prime Minister Netanyahu’s entourage has told Haaretz.

“I hope nothing’s changed. It wasn’t done in bad faith and we’re inquiring about the matter,” the unnamed source said.

“We have been working on this for three years, hundreds of hours, to bring the best agreement in Israel,” the source noted, adding that Trump’s move to recognize the application of Israeli law to the Jordan Valley, the Northern Dead Sea, Judea and Samaria was “a huge thing” and an undeniable success for Israel.

The source clarified that the US side had preferred an Israeli annexation of these territories “all at once” instead of a slice-by-slice approach, calling this a “technical problem” but emphasizing that there was “no argument about the essence” of the matter.

Earlier, speaking to Gzero Media’s Ian Bremmer, Kushner said the US was hopeful that Israel would “wait until after the election” in March before annexing chunks of the West Bank containing Israeli settlements, saying the two countries would need “a couple months” to create a document “that we can both feel good about.”

Kushner’s comments appeared to contradict sentiments expressed by Knesset Speaker Yuli Edelstein. Edelstein promised Wednesday to “fast-track” any proposed vote on the matter. A day earlier, after meeting with US President Trump following the unveiling of Washington’s so-called ‘Deal of the Century’ peace plan, Netanyahu told reporters that Israel could move to annex the settlements as soon as this Sunday. 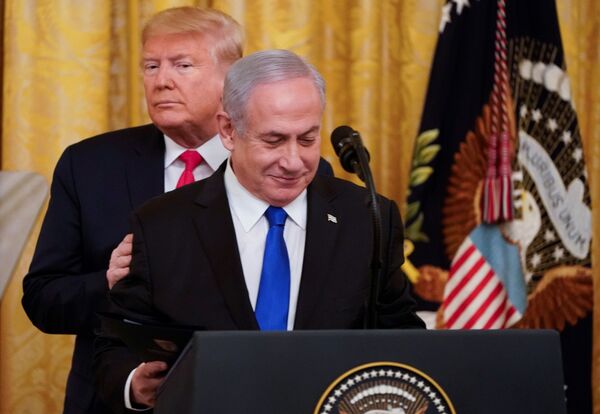 Israeli settlers began arriving in the West Bank in the aftermath of the Six Day War, a brief military conflict that took place in June 1967 which began after Israel launched preemptive airstrikes against an Arab coalition led by Egypt. After that conflict, Israel established de facto control over the West Bank territories, with Jordan, its former administrator, renouncing its claims to the territories in 1988. Today, an estimated 400,000 Jewish Israeli settlers live in the contested territories, alongside some two million Palestinians, who consider the settlements illegal.

President Trump unveiled his Israeli-Palestinian peace deal on Tuesday. The proposal envisions a two state solution, including the recognition of Israeli claims to settler areas in the West Bank, the recognition of Jerusalem as Israel’s capital, and providing several neighbourhoods in East Jerusalem for a Palestinian capital. It also offers the Palestinian side $50 billion in infrastructure and investment assistance. Palestinian Authority President Mahmoud Abbas rejected the proposal out of hand, saying that Jerusalem was “not for sale,” and that the deal would be thrown into the “garbage can of history” by Palestinians.

Kushner slammed the Palestinian rejection of the plan, saying that “if they don’t [accept the deal], they’re going to screw up another opportunity, like they’ve screwed up every other opportunity that they’ve ever had in their existence.”