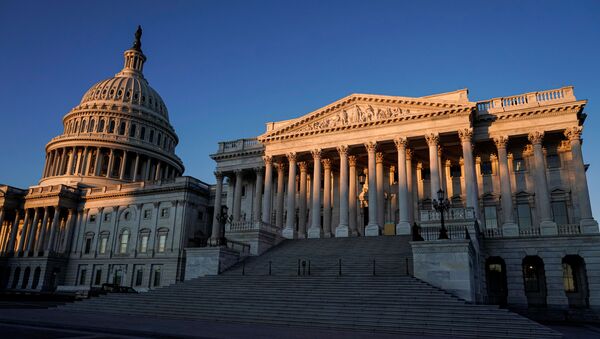 Earlier this week, 11 Democratic-proposed amendments to obtain evidence and subpoena witnesses in the impeachment hearings were rejected before the Senate backed a trial plan offered by the Republican majority.

The US Senate is opening arguments on the third day of the impeachment trial against President Donald Trump. The trial against the US president began on Tuesday, with House Democrats accusing Trump of abusing his power and obstructing a congressional investigation.

According to them, the US president "pressured" his Ukrainian counterpart Volodymyr Zelensky to investigate potential corruption involving Hunter Biden, the son of ex-Vice President Joe Biden, who could become Trump's opponent in the 2020 election. Both Trump and Zelensky have denied the claims, while the 45th called them another "witch hunt" and a hoax.