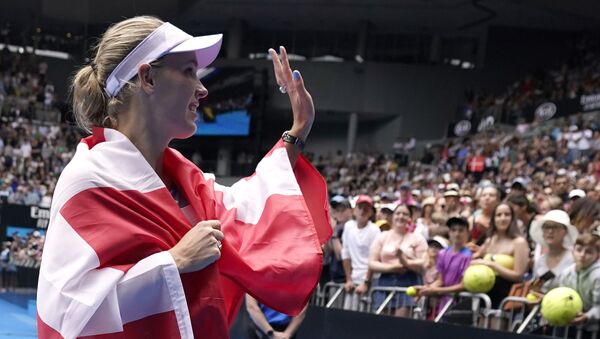 The legendary Danish star announced in November that she would leave tennis after a 15-year career, in which she earned 30 wins at major tournaments, putting Wozniacki in fourth place in titles among active players right after the Williams sisters and Maria Sharapova.

"It has been a great ride", the 2018 champion said after the game. "I think it was only fitting that my last match ended with a forehand error".

“Thank you for so many great years playing with... and against you. It’s really meant a lot to me.”@CaroWozniacki has a message for her fellow WTA players. ❤️#CongratsCaro pic.twitter.com/BqhtNopP72

​The tournament was the last for Wozniacki, who had won her Grand Slam title in Melbourne back in 2018. The tense game ended in a score of 7-5 3-6 7-5, drawing a line under her fruitful career. For now, she shares 17th place on the Open Era list with American Tracy Austin.

The decision to leave the sport comes as she was diagnosed with rheumatoid arthritis back in 2018, but, according to the athlete, it was not the only thing that caused her to withdraw from tennis, saying she wanted to spend more time with her family.