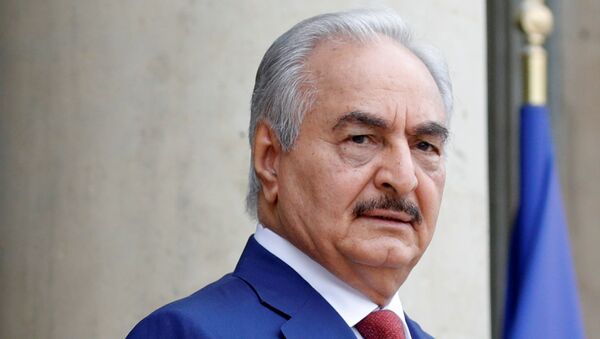 MOSCOW (Sputnik) - A conference on Libyan settlement was held on Sunday in Berlin, with representatives of Russia, the United States, Turkey, Egypt, the European Union, the United Nations and other countries invited to attend.

It was Libyan National Army (LNA) commander Field Marshal Khalifa Haftar who refused to sign the agreement on a ceasefire in Libya, a diplomatic source in Moscow stated on Monday.

"In Berlin, it was Haftar who refused to sign the ceasefire agreement," the source said. “He behaved in a strange way: turned off the phone, didn’t get in touch, and left without warning anyone," he said.

Meanwhile, German Foreign Minister Heiko Maas said on Monday that the next conference on the Libyan crisis settlement is scheduled for early February and will take place on the level of foreign ministers.

"[On Sunday], we decided to hold a follow-up conference in Berlin at the level of the foreign ministers in early February”, Maas told reporters.

The Berlin conference was held after the intra-Libyan talks in Moscow with the participation of representatives of Russia and Turkey. Field Marshal Khalifa Haftar, the commander of the Libyan National Army (LNA), which controls the country's east, then left Moscow without signing a ceasefire agreement with the Government of National Accord (GNA), based in Tripoli and led by Fayez Sarraj. Haftar and Sarraj attended the Berlin conference, but there were no direct negotiations between them there.