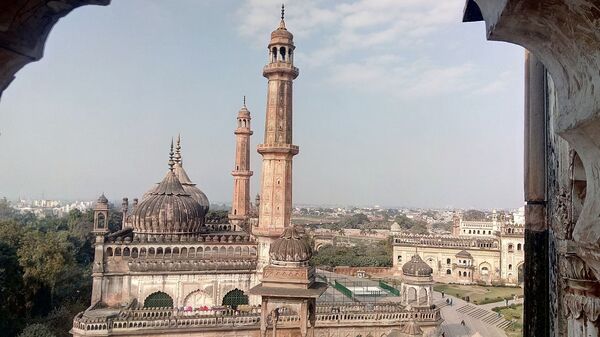 New Delhi (Sputnik): The city of Allahabad in the northern Indian state of Uttar Pradesh was named by the medieval-era Mughal Emperor Akbar. State governments, under the opposition Congress, have also previously changed the names of various cities.

Amid the name-changing spree undertaken by the Uttar Pradesh government, the Supreme Court of India issued a notice to the State government in response to a petition challenging the renaming of one of India's most populous districts 'Allahabad' as 'Prayagraj' in 2018.

The petition was filed by the Allahabad Heritage Society, an archaeological organisation which aims to preserve the cultural heritage of the city.

The BJP-ruled state administration led by Yogi Adityanath renamed the historic city arguing that it was "correcting the wrongs committed by the Mughal emperor Akbar 500 years ago".

After the renaming, an official statement issued by the government had said: "The board researched documents and found that there were 14 "Prayags" (confluence of rivers) in the country, but only the one here, also known as King of all Prayags (hence, Prayagraj), had a name change to Allahabad."

The BJP had further stated it would undertake the renaming of Allahabad University and Allahabad High Court.

Previously in 2018, Adityanath approved the renaming of the Faizabad district to Ayodhya.

The Mughal Emperor Akbar renamed the ancient city of Allahabad 'Illahabas' (abode of God) in 1575. The earlier name of the city was 'Prayag'. The medieval texts, including those written by Akbar's court historian Abul Fazl, refer to the city as "Prayag". The name also finds mention in Indian scriptures as "Piyag".

While the opposition accuses the State government of tampering with history and not focusing on the real issues, some historians claim that places with Islamic-origin names are being targeted.

Historian Irfan Habib had said: "Some people define it in very communal terms. They want to undo everything that has anything to do with India's medieval past."

However, India's leading opposition Congress party-led governments had also undertaken renaming in various states, and this is not a new BJP phenomenon. Under the rule of the Congress party, cities such as Bangalore, Thiruvananthapuram and Calcutta were respectively renamed Bengaluru, Trivandrum, and Kolkata in the recent past.