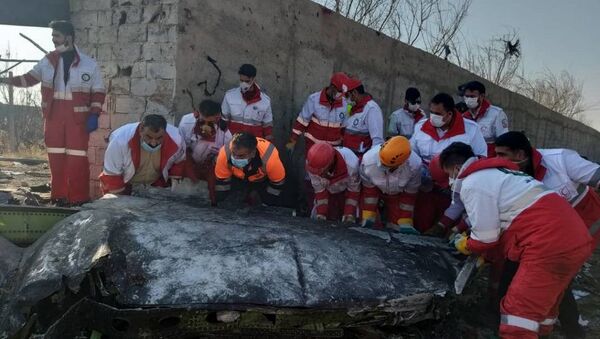 TEL AVIV (Sputnik) - Israeli Prime Minister Benjamin Netanyahu on Sunday accused Iran of deliberately misleading the world about true causes of Ukraine's Boeing 737 fatal crash as it knew but failed to say right away that the jetliner was shot down by the Iranian military by mistake.

"Iran has lied. Same way as they were lying about its secret nuclear program they now lie about the Ukrainian plane. They knew from the very start that they had shot it down. They knew that it was shot down unintentionally, but they lied deliberately. The deceived the entire world," Netanyahu said at a cabinet meeting.

He said it was not how a civilized nation would behave and went on to expressing "condolences to the victims of Iran's deception and negligence."

All 176 people on board were killed. The crash occurred shortly after Iran launched airstrikes against US bases in neighboring Iraq. On Saturday, the Iranian military admitted to unintentionally shooting down the jetliner, having confused it with a hostile cruise missile in anticipation of a retaliatory strike from the US.