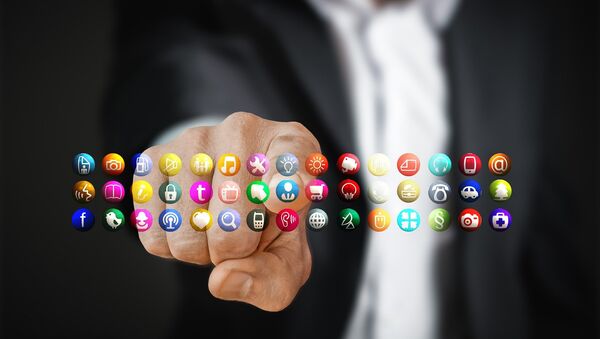 Radhika Parashar
All materialsWrite to the author
New Delhi (Sputnik): Fearing that top Chinese tech players could misuse sensitive national information, US President Donald Trump escalated the trade-war between America and China in 2019 by restricting China-based companies like Huawei from operatiing at their maximum capabilities in the US.

Amid the ongoing trade tensions between two of the world’s biggest economies, America and China, India has emerged as one of the major beneficiaries.

In 2019, tech majors from both countries, like Apple and Xiaomi, OPPO, and others took the subject of manufacturing products in India pretty seriously. From hefty investments to manufacturing hubs, India attracted the attention of all the tech players who were looking for a potential alternate market to expand in without getting caught in the whirlwind of the trade war.

China-based multinational electronics company TCL that specialises in TVs and smart home appliances is now gearing up to ramp up the manufacturing of its Artificial Intelligence (AI) and Internet of Things (IoT)-enabled products from the firm's southern Indian facility in Tirupati.

@tcl_india #TCL launched its latest AI x IoT product in India. The TCL #4K AI #androidtv with #DolbyVision and #DolbyAtmos technology. It runs on #androidpie (9.0) with built-in #GoogleAssistant Comes in 55-inch screen for ₹49,990 and a 65-inch screen for ₹69,990. pic.twitter.com/CSIRHdiYkR

​“Products made in our India facility would not be seen as just from a Chinese brand. They would be global", Mike Chen, Country Manager, TCL India said.

As TCL launched its first ever Google Assistant-enabled hands-free smart TV series starting with India, Chen revealed that apart from the trade tensions between the US and China, there are other reasons why tech-players are drawn to the country.

“According to our data, the rate of ‘new technology acceptance’ in India is highest in the world. That is the reason we also debuted out latest AIxIoT smart TVs in India first. In 2019, despite competition we sold over one million TV units in India along with witnessing a 267 percent increase in sales volume in the country", Chen said.

India has the largest population of tech-savvy millennials in the world. Out of its massive total population of 1.37 billion, more than 630 million Indians are already well versed in the internet and over 5 million citizens work in the technology sector within the country. Software giants like Microsoft are training Indians in advanced technologies like Machine Learning (ML) and data sciences.

In December 2019, it was reported that Chinese smartphone maker OPPO is planning on joining in Prime Minister Narendra Modi’s “Made in India” bandwagon. In 2020, OPPO aims to produce 100 million devices in India.

In September, California-based Apple announced hefty investments of $1 billion to facilitate iPhone production from its Chennai facility in India. In November 2019, India-produced iPhones hit the shelves in national as well as global markets.

With that heavy investment, Winstron also wanted to explore the scope of manufacturing beyond mobile phones to IoT and biotech devices.

In fact, the sub-brand Motorola of Hong Kong-based tech player Lenovo recently launched its first foldable smartphone in the US for $1,500 (Rs. 106,000). The smartphone, called “Motorola Razr”, is actually “Made in India”.

Foreign investments from global tech giants will not only help India survive the ongoing slump in its economy, but will also boost Prime Minister Modi’s “Make in India” initiative.

Launched in 2014, “Make in India” aims to encourage companies to produce products in India with dedicated investments.