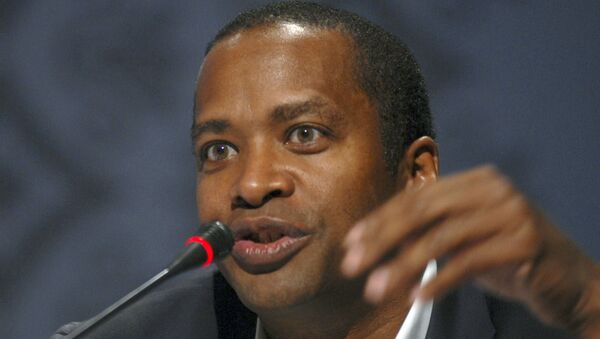 © AP Photo / Mahesh Kumar A
Subscribe
International
India
Africa
David Drummond is stepping down as chief legal officer of Google's parent company Alphabet Inc., amid an internal investigation into an accusation of sexual misconduct and the way he was handling complaints, according to the filing.

Drummond’s departure comes amid numerous allegations of misconduct in Google’s ranks, which led to a global walkout of employees and the amendment of some of its policies relating to sexual misconduct. Drummond is departing 31 January, according to materials viewed by CNBC.

Drummond joined Google in 2002 after serving as the company’s first outside counsel, working with Larry Page and Sergey Brin. He served as chief legal officer and vice president of corporate development until 2015, and since then he has been chief legal officer and SVP for parent company Alphabet Inc. He also led global teams in charge of public policy, mergers and acquisitions, public relations, and communications.

“With Larry and Sergey now leaving their executive roles at Alphabet, the company is entering an exciting new phase, and I believe that it’s also the right time for me to make way for the next generation of leaders", Drummond’s note read. “As a result, after careful consideration, I have decided to retire at the end of this month".

The departure comes weeks after Alphabet Inc.'s board of directors asked for an extension to respond to a shareholder lawsuit that included allegations against Drummond. Alphabet shareholders sued the board in January for allegedly covering up sexual misconduct by executives, including Drummond and former Android co-founder Andy Rubin, who the company paid $90 million upon his departure after an internal investigation found sexual misconduct claims credible, according to a report in The New York Times. Rubin denied any wrongdoing in statements at the time of the report. The board formed an independent subcommittee and law firm to investigate how executives handled claims of sexual harassment and other misconduct by Drummond and other execs, which has yet to report the results.

While the company has said it will not pay Drummond an exit package, according to Forbes, he has sold more than $220 million worth of shares in the last year, according to SEC filings released on Thursday.