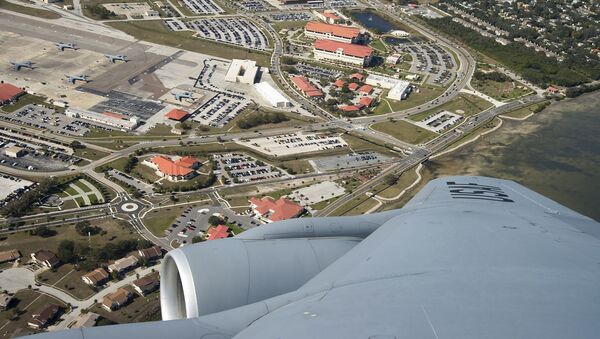 Earlier, there were reports of a shooter at the military base, which is located southwest of Tampa, Florida. However, these reports were quickly dismissed by the police.

The US MacDill Air Force Base was briefly put on lockdown after local media outlets reported that gunshots had been heard in the vicinity of the base, WDBO-FM radio station, based in Orlando, reported on Friday.

Officials at the base previously confirmed to local press that the base was on lockdown, adding that gate traffic at the facility remains open.

Just got an alert while here at MacDill for an Active Shooter. We're in lock-down. Be safe.