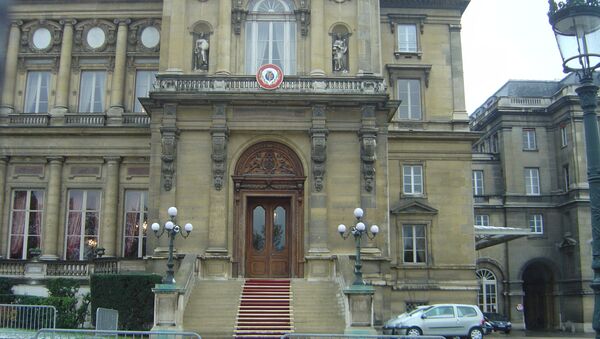 PARIS (Sputnik) - France wants to keep the nuclear deal with Iran that it signed up to in 2015 despite US President Donald Trump’s calls to walk away from it, the French Foreign Ministry said Thursday amid a fresh escalation between Washington and Tehran.

"France remains committed to the Vienna accord on Iranian nuclear energy. It continues working with other parties toward full compliance", a ministerial spokesperson told reporters, as quoted in a comment published on the ministry website.

Trump urged France, Russia, China, Germany, and the United Kingdom to end the pact in a press conference on Wednesday after Iran struck US bases in Iraq in retaliation for the murder of its general.

Iran also responded to the killing last Sunday by rolling back its key commitments under the deal which limited its uranium enrichment and storage capacities.

Tehran said the move was reversible. It wants the United States to lift crippling economic sanctions that snapped back into place after Washington quit the nuclear pact in 2018.