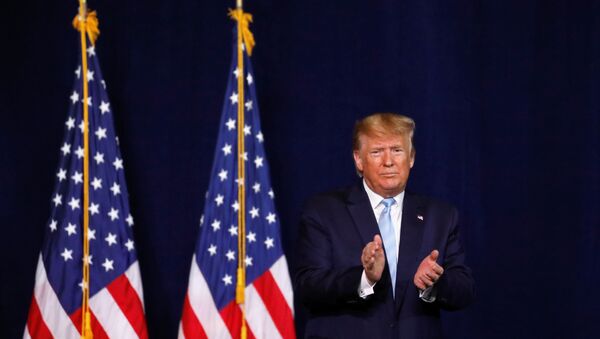 US President Donald Trump earlier said that he would make a statement regarding Iran's Wednesday attacks on two US military facilities in Iraq, which house American and coalition military personnel.

US President Donald Trump is addressing the American people following Tehran's airstrikes on US military facilities on Wednesday morning. Iran's Islamic Revolutionary Guard Corps earlier targeted two American bases, one in Iraq's Erbil and the other being the Ayn al-Asad Air Base, which houses US and coalition military forces. The attacks were preceded by the killing of Iranian commander of the IRGC’s Quds Force Qasem Soleimani in a US drone strike.

Early on Wednesday morning, Donald Trump tweeted that an "assessment of casualties & damages" was being carried out following Iran's missile strikes, with no casualties among US troops having been confirmed by Washington so far.