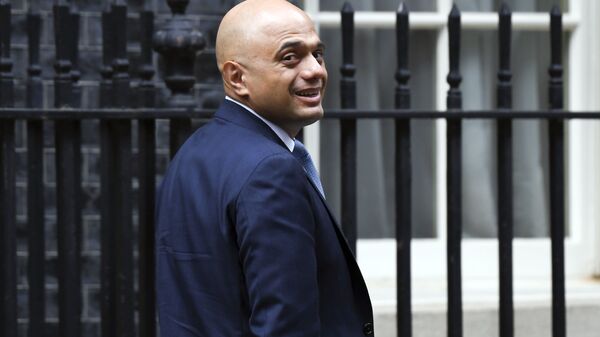 "The Chancellor of the Exchequer, Sajid Javid, has today launched the beginning of the Budget process and announced that it will take place on Wednesday 11 March 2020," the ministry said.

Javid said, as quoted by the ministry, that the budget "will unleash Britain’s potential."

"Budget will start a new chapter for the economy, seizing the opportunities that come from getting Brexit done," the foreign ministry stated.

The planned draft on the Budget was supposed to be submitted on November 6 last year, but Javid cancelled the report due to a possible delay in Brexit.

Meanwhile, media reported on Tuesday that the UK government decided to stop emergency preparations for a no-deal Brexit, commonly known as Operation Yellowhammer.

Operation Yellowhammer was halted on December 23, the Sky News broadcaster reported, citing a leaked official letter sent by the senior official from the Department for Exiting the European Union to other senior officials.

The letter is marked as "Official Sensitive" and says that there is no need to further work on emergency preparations, as Prime Minister Boris Johnson’s deal is widely expected to be approved by lawmakers.

Immediately after Johnson’s reelection on December 12, the prime minister brought his Brexit Withdrawal Agreement Bill back to the House of Commons on December 20 for a vote on its second reading. Johnson’s bill was approved in the UK parliament. During the election campaign, the prime minister vowed to conclude a withdrawal agreement with Brussels by January 31, and a trade deal with the EU before the December 31, 2020 deadline.