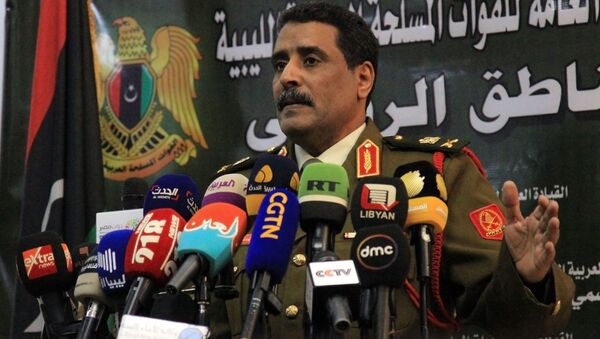 "The Libyan National Army has taken control of the city of Sirte," the spokesman said in a statement.

Earlier in the day, an LNA source said that the army had entered Sirte and had taken control over the city's seaport. Forces supporting Tripoli-based Government of National Accord (GNA) then said that the LNA had captured a military base south of Sirte, according to the Qatari broadcaster Al-Jazeera.

Libya has been torn apart between the two rival administrations since 2011 when its long-time leader Muammar Gaddafi was overthrown and killed. The LNA has been trying to seize control over the country's capital of Tripoli, currently controlled by the rival UN-backed GNA, since April 2019. Sirte, located between Tripoli and Benghazi, is Gaddafi's birthplace.