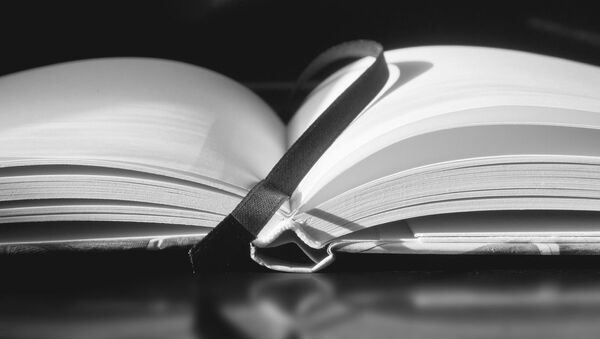 New Delhi (Sputnik): Apremier Indian technology institute has set up a panel to decide whether a poem by Pakistani poet Faiz Ahmed Faiz is anti-Hindu or not. Students at the technology institute recited Faiz’s “Hum Dekhenge” (We will see) during recent protests against a controversial citizenship law.

A faculty member and 15 students from the premier Indian Institute of Technology in Kanpur in northern Uttar Pradesh have filed a complaint against protesters for reciting verses of a poem called Hum Dekhenge written by Pakistani poet Faiz, terming it communal and misleading.

The controversy was over the mention of removal of idols and Allah’s mention in the poem. In the Hindu religion, people worship idols and offer prayers to idols in temples.

Faiz had written Hum Dekhenge against then-Pakistani President Muhammad Zia-ul-Haq’s rule. The poem was originally titled Wa-yabqa-wajh-o-rabbik after a verse from a central religious text in the Koran, the religious text of Islam.

“Faiz was never a communal person. This poem was written against the military regime of General Zia-Ul-Haq. If anyone is a follower of Faiz’s poetry and understands him, he would know that he was a metaphorical poet", said Indian theorist, literary critic, and scholar Gopi Chand Narang.

“This is for freedom, democracy; it has nothing to do with any religion. The poem ends with raaj karegī ḳhalq-e-ḳhudā (people will decide the faith of the regime). This reaction is based on a misunderstanding. Poetry is a sophisticated art. One should not use it unless you know the meaning. The import of poetry shouldn’t be twisted", added Narang, who was decorated with the third highest civilian award, Padma Bhushan.

While Faiz is hailed for his pro-freedom and liberal outlook, his critics point out how the Marxist poet was not a revolutionary. They say that Faiz was a puppet of the authoritarian Zulfikar Ali Bhutto. “He was against the military rule, so that another authoritarian ruler could come".

Faculty member Vashi Sharma, who filed the complaint, equating the poem to anti-idolatry writes in his blog: "If call for idols’ destruction is challenging authorities and norm of such gathering, this gathering must be a terrorist gathering. This is exactly what terrorist invaders like Qasim, Ghazni, Khiljis, Ghori, Timur, Babur, Janahngir, Shahjahan, Aurangzeb, Tipu Sultan, Nadir Shah, Abdali, Jinnah, Ajmal Qasab, and Aadil Dar did. There is history of 1000+ years’ attacks on temples, idols and idolaters in India".

Similarly, the likes of Allama Iqbal hail him for writing Saare Jahan se Acha Hindustan Humara (Better than the entire world, is our Hindustan) but in British India he was widely regarded for having inspired the Pakistan Movement. He is called the “Spiritual Father of Pakistan". However, during the Students Solidarity March in Pakistan, students sang Sarfaroshi ki Tamnna by Indian revolutionary Ram Prasad Bismil and faced condemnation.

Gopi Chand Narang said poetry is public domain and could be used by anyone, for the artistic expression of resistance doesn’t have borders; at the same time it raises questions over the poets contradicting their own works due to their ideological leanings and actions.