Is Italy’s Government on the Verge of Collapse?

In August, Italian Prime Minister Giuseppe Conte offered his resignation following the collapse of his coalition government, but was later re-appointed as prime minister to lead a second coalition between the Five Star Movement and the Democratic Party, which is still seen by many as quite fragile.

Italian Prime Minister Giuseppe Conte is looking at the possibility of a collapse of his second coalition government as early as this month, Bloomberg reported, citing six different obstacles that the politician is facing this January.

Conte is currently heading a coalition government between Luigi Di Maio’s Five Star Movement (M5S) and the centre-left Democratic Party, but the alliance is not considered strong due to a variety of challenges, the outlet notes. This includes the M5S’ proposal for alterations to the justice system, which is opposed by the Democrats, disagreements over proposed referendums, an upcoming Senate vote to decide the fate of former Interior Minister Matteo Salvini, and other issues. 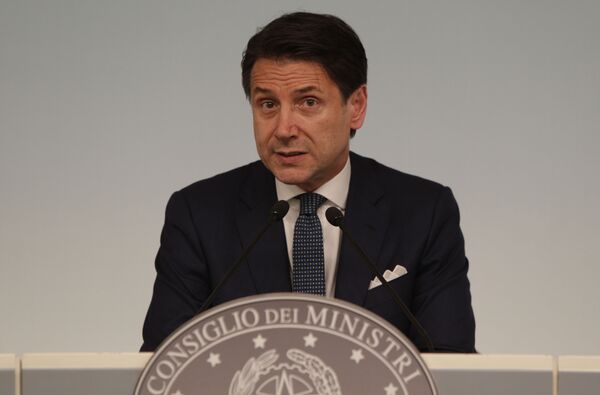 The M5S is now calling for an alteration to Italy’s statute of limitations to change the time limits for excessively long trials, but this is opposed by the Democrats and another small party, Italy Alive, which is led by former Prime Minister Matteo Renzi, who has vowed to side with the opposition to counter Five Star’s initiative. Another challenging issue could be a proposal to introduce a British-style first-past-the-post voting system, the potential losers of which could put Conte at risk by forcing a snap election before the system is implemented. 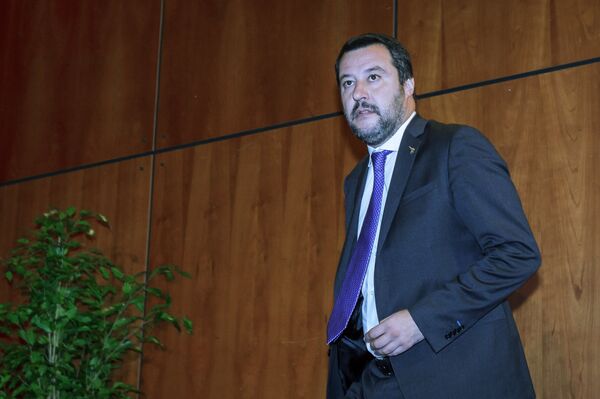 While the opposition League Party is currently leading in Italy’s opinion polls, its head Matteo Salvini is facing prosecution for refusing to let a migrant rescue ship dock in the country in July during his term as interior minister, a matter that is seen as another destabilising issue for Italian government.

'Wrong': Italy's PM Conte Slams Macron for Claiming Italy in Crisis With EU
Conte’s first cabinet was formed between the M5S and Salvini’s right-wing League in June 2018, but the alliance collapsed after the latter’s motion of no-confidence this August. The prime minister submitted his resignation following the move, but was re-appointed in September to lead a second coalition government between the M5S and the centre-left Democratic Party. He recently expressed a wish to start negotiating a new government programme that would potentially carry him through the office term until 2023.
Newsfeed
0
Access to the chat has been blocked for violating the rules . You will be able to participate again through:∞. If you do not agree with the blocking, please use the feedback form
The discussion is closed. You can participate in the discussion within 24 hours after the publication of the article.
To participate in the discussion
log in or register
loader
Chats
Заголовок открываемого материала