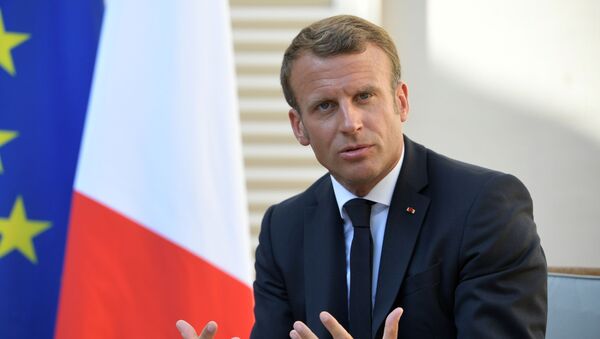 Labour unions have long weighed in on the pension reform debate, with some expressing disappointment about the proposed points system, while many feel sceptical about raising the minimum retirement age.

French President Emmanuel Macron appears to be set to double down on his efforts to deliver the much debated plan to transform the country’s pension system, arguing in his New Year’s address that the ultimate goals are “justice and social progress”.

“The pension reform I have committed to will be completed”, Macron said in his speech delivered from the Élysée Palace, noting that he hears “the fears and anxieties on the subject”, as well as “a lot of lies and manipulation”.

Sceptical labour unions, meanwhile, staged a 27th straight day of strikes to protest the president’s plans on Tuesday, despite calls for a truce over Christmas and New Year.

The grand walkout forced the majority of Paris metro lines to operate only partial services, or shut down entirely, as well as severely hindered holidaymakers attempting to make use of the national train network.

The pension reform is believed to be a thorny issue nationwide, as it has been inviting scrutiny as a decisive test of whether Macron can impose his economic doctrine on recalcitrant unions. The plan notably abolishes 42 different pension systems to create one universal points-based system, as well as loosens the rules binding the French economy.

While some labour unions have spoken out in favour of the points system, they are doubtful about the part of the reform that would raise the age for full retirement benefits to 64 from 62.

Amid a strike against the proposed pension legislation, Macron symbolically renounced his would-be benefits as a former head of state. The Élysée Palace confirmed on 21 December that Emmanuel Macron gave up his future pension of €6,220 gross monthly as a former president, thus becoming France's first president to ditch the retirement compensation. Emmanuel Macron also decided not to sit on the Constitutional Council – an office that is granted to every former French president, with a salary of €13,500.

Macron has of late made a number of unpopular changes to taxes, welfare, and labour laws, which, as he remarked on Tuesday, are now paying off, as unemployment rates are on the decline.