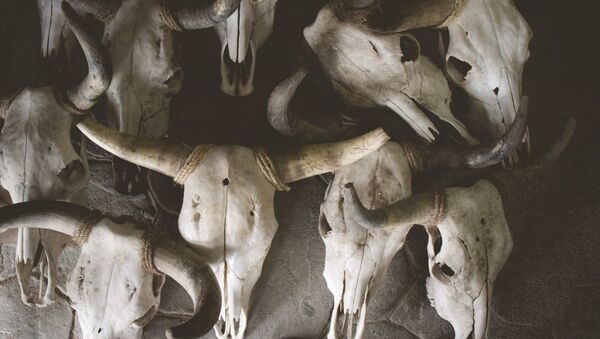 The cows were apparently killed by a powerful electrical discharge when a lightning bolt struck a fence they were gathered near during a thunderstorm.

A bizarre incident occurred in the La Pampa province of Argentina, where a group of some 22 Aberdeen Angus cows were reportedly killed by a single lightning bolt.

According to Unilad, the cows apparently were electrocuted as they gathered near a fence during a thunderstorm, so when the lightning struck one of the fence posts, the cattle died almost instantly as the electricity was conducted through the barrier.

"It is a bitter moment, the storm happened shortly after strong droughts in La Pampa. There are cows that could cost between 100,000 and 200,000 ARS or even more. They have no price," said Ariel Hoven, the owner of the ranch where this tragic incident occurred.

The rancher also said that the remains of the slain bovines were buried in the very field they were found, with the media outlet noting that the value of the lost livestock could amount to about $73,600.

In September, a similar incident was reported in Texas, where some 15 cows and 8 calves apparently got electrocuted when lightning hit a metal fence near which they were huddling.