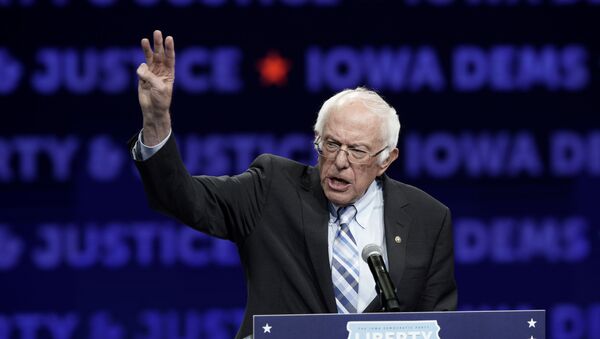 In private conversations and on social media, Democratic officials, political operatives and pundits are reportedly reconsidering Sanders’ chances despite seemingly writing him off as too far left.

While Elizabeth Warren had skyrocketed in the polls, it seems to be too early to forget about Bernie Sanders, the Democratic Party insiders said.

“It may have been inevitable that eventually, you would have two candidates representing each side of the ideological divide in the party. A lot of smart people I’ve talked to lately think there’s a very good chance those two end up being Biden and Sanders,” David Brock, a longtime Hillary Clinton ally who founded a pro-Clinton super PAC in the 2016 campaign, told Politico, “They’ve both proven to be very resilient.”

Democratic insiders said they are rethinking Sanders’ bid for several reasons.  Warren has recently fallen in national and early state surveys bringing uncertainty.  Sanders, meanwhile, has withstood the ups and downs of the primary, including a heart attack. At the same time, other candidates who had high expectations, such as Kamala Harris, Cory Booker and Beto O’Rourke, have dropped out or languished in single digits in the polls.

Several other Democrats noted that Sanders’ chances of winning the nomination remain quite strong. California state Sen. Scott Wiener, who defeated a Sanders-backed Democrat for his seat in the liberal-heavy San Francisco area in 2016, said Sanders has been “more resilient than I anticipated,” adding that “he has a very, very loyal following, and people have really stuck with him.”

Sanders is in second place in national polls, nearly 9 percentage points behind Biden, according to the most recent RealClearPolitics average. The latest CNN poll found he has the highest net favorability rating of any Democratic presidential candidate. He also avoided sustained criticism, unlike Warren, who has recently come under fire from the left and center for her health care plan.

“If you really think about it, Bernie hasn’t been hit a lot with anything. It’s not like he’s getting hit by other campaigns,” said Michael Ceraso, a former New Hampshire director for Pete Buttigieg’s campaign who worked for Sanders in 2016. “It waned a little bit because people were looking at other options … and now they’re saying, ‘Wait a minute, this guy has been the most consistent of anyone.'”

Faiz Shakir, Sanders’ campaign manager, said political insiders and pundits are rethinking his chances “not out of the goodness of their heart,” but because “it is harder and harder to ignore him when he’s rising in every average that you see.” And he welcomes a conversation about Sanders’ electability, he said.

“We want that,” he said. “I’d love to be able to argue why he stands a better chance to beat Donald Trump than Joe Biden.”

This is not the first time that Sanders has been a serious contender for the Democratic nomination - in his previous attempt in 2016 he was beaten by Hillary Clinton. WikiLeaks later revealed that the Democratic National Committee conspired to undermine Sanders in favour of Clinton.