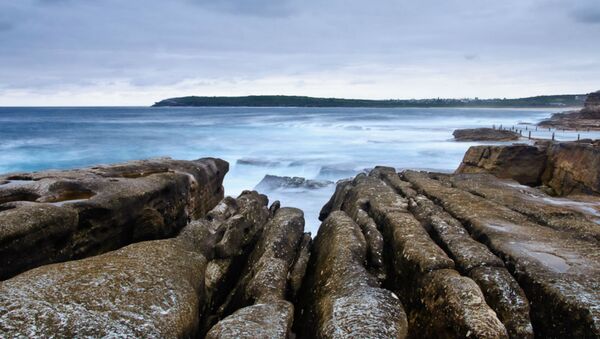 The Pacific Ocean waters off the US West Coast are acidifying at twice the average rate of the rest of the world’s oceans, according to a new study published Monday in the journal Nature Geoscience.

According to the US National Oceanic and Atmospheric Administration (NOAA), ocean acidification is a “reduction in the pH of the ocean over an extended period of time, caused primarily by uptake of carbon dioxide (CO2) from the atmosphere.”

The NOAA-led study determined the level of acidity in the Pacific Ocean by measuring calcification levels of the shells of 2,000 planktonic foraminifera, a type of single-celled organism on the seafloor of the Santa Barbara basin, located between the California Coast and the Channel Islands. Using that data, the researchers were able to form a 100-year history of acidification in the California waters.

“We can read the deposits like pages in a book,” lead author of the study Emily Osborne is quoted as saying by the Los Angeles Times. “In Santa Barbara, there are just beautifully preserved, laminated records of the seafloor that allow us to generate these high-resolution reconstructions.”

The more acidic the ocean, the harder it is for foraminifera to build their shells. Through a measurement of the thickness of the shells, the researchers were able to determine the acidity of the waters at the time the organism lived. Through this analysis, scientists determined the pH of the waters had declined by 0.21 over a 100-year time span. The pH is a scale used to determine how acidic a solution is, with a lower number signifying greater acidity. The 0.21 value is about double the average pH decline scientists believe the world’s oceans have experienced during the same time period.

The researchers also found that there were clear changes in ocean acidity levels during climate cycles such as El Niño, which typically affect the equatorial Pacific region every few years. In fact, the Pacific Decadal Oscillation, which is defined as “a long-lived El Niño-like pattern of Pacific climate variability,” is also linked to increased ocean acidification. Such patterns usually involve strong winds that cause warmer waters to come to the surface.

“This is the first time that we have any sort of record that takes it back to the beginning of the [last] century,” Osborne is quoted as saying. “Prior to this, we didn’t have a time series that was long enough to really reveal the relationship between ocean acidification” and climate cycles.

“While the ocean has served a very important role in mitigating climate change by absorbing CO2 from the atmosphere, there’s a capacity at which the ocean can’t absorb anymore,” Osborne explained. “From this study, and so many other published studies, there’s no question that the answer is to curb our carbon emissions.”