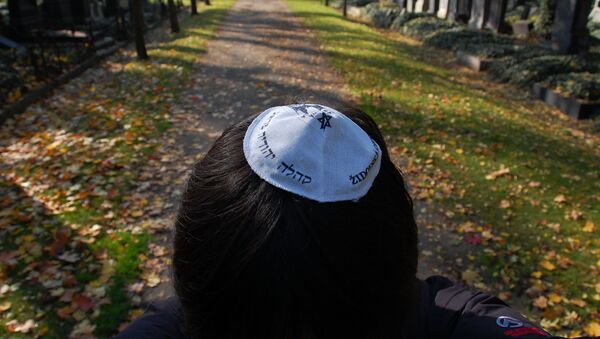 Dutch cartoonist Jos Collignon has dismissed claims of antisemitism after the Netherlands-based Centre for Information and Documentation on Israel (CIDI) slammed his recently published caricature.

"When allegations of anti-Semitism occur, the Israel lobby is never far behind... There is no point linking modern-day opponents to atrocities from the past. We’re all being labelled as Nazi sympathisers", Mr Collignon said.

The caricature, published in the Dutch daily De Volkskrant outlet, depicts Israeli Prime Minister Benjamin Netanyahu holding a stone that reads "antisemitism charges" in one hand and indictment in corruption in the other, while Labour leader Jeremy Corbyn stands in front of him, saying "Let him who is without sin cast the first stone".

​It seems that the cartoon suggests that the Israeli prime minister is accusing the Labour leader of antisemitism in order to keep attention away from his corruption scandal at home.

As far as Netanyahu himself is concerned, he has remained silent on the issue.