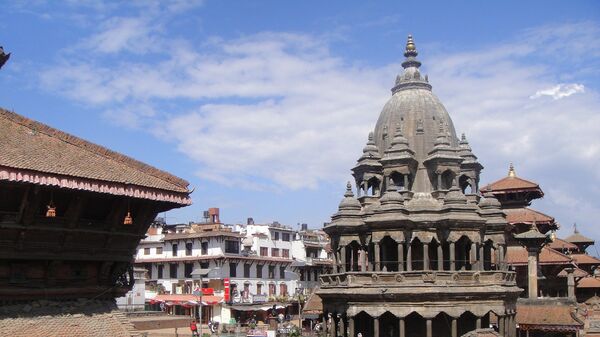 "Last year we sent our formal request to the headquarters of the SCO to upgrade our status to observer. But it has not been decided yet … You know, the role of dialogue partner is limited, they cannot participate in all the activities, only if they are invited they can join meeting and conferences etc. We want to be upgraded as an observer and gradually we will be happy to be a full-fledged member of the SCO," the minister said.

Gyawali added that its neighboring countries — China, India and Pakistan — were SCO members.

"SCO will offer us more connection with the central Asian countries as well. It is a very meaningful instrument to have more economic integration in Asia," the minister said.

Nepal expects to sign a defense cooperation agreement with Russia this year hoping to benefit from Russia’s expertise in logistics and other sectors, Foreign Minister Pradeep Kumar Gyawali stressed.

"We need more specialized techniques, logistics and other support so that our performance can be more effective in the peacekeeping missions. Hopefully [it will be signed this year]. For a couple of months there’s been a pending request, so we will proceed and look how we can finalize it … Russia has very good expertise in this regard. Nepal wants to benefit from technical support and expertise," the minister said, when asked if the agreement could be signed this year.

Asked whether the agreement could include military training and equipment transfer, the minister said, "Yes, but it will be finalized later."

Russian Foreign Minister Sergey Lavrov said earlier in the day, after talks with his Nepalese counterpart, that the two countries agreed to sign this deal but he did not specify when.

“Nepal will be happy to welcome Russian companies if they are interested to invest in the hydro sector. We will welcome them, we will facilitate them and we can assure them that their investment will be quite profitable because there is no problems of the market, legal difficulties to repatriate the profits to Russia,” the minister said.

The minister pointed out that Russia had “excellent expertise in infrastructure building, disaster risk management and some of advanced technologies Nepal also wants to benefit from.”

“I will instruct concerned ministry to outline [a road map] in this regard and I’m hopeful in the near future we could establish this mechanism,” the minister said, adding that he hoped to have it ready by the end of 2020.

Pradeep said that he and UN Secretary General Antonio Guterres had an opportunity at the UN General Assembly to discuss the outstanding payment owed to the country for its contribution to UN peacekeeping operation.

"During the 74th UNGA, I not only talked to the Secretary General, but also to the other assistant secretaries responsible for the peacekeeping missions about the timely settling of the payments, there are some problems. We all know that UN [peacekeeping missions] are facing very critical finial problems," Gyawali said.

The minister remarked that Nepal was nevertheless committed to helping promote global peace.

According to the Himalayan Times, the UN owed Nepal $26 million as of March 2019. Meanwhile, in January, Guterres said that UN members owed almost $2billion in peacekeeping contributions, with the United States responsible for more than 30 percent the sum.