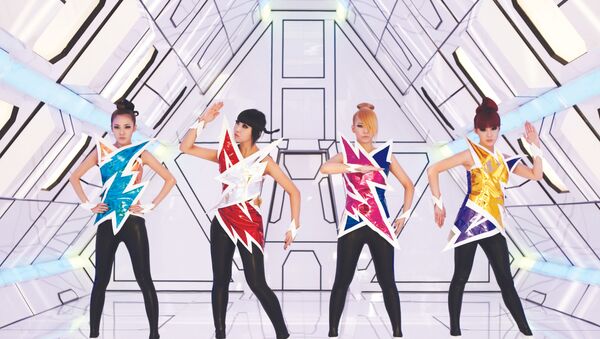 It was earlier reported that the former leader of the group, CL, had left the label and that her personal info was removed from its official webpage.

Fans of the legendary K-pop girl group on 22 November noticed that the profile of 2NE1 had disappeared without any notices from the official website of the label YG Entertainment, one out the biggest entertainment agencies in South Korea.

​In addition to deleting the 2NE1 profile page, it also became known that one of the members of the group, Dara, who held the position of PR director at YG, left her position after the disbandment of the group, but resigned her contract as a solo artist.

Dara confirmed this in a Twitter thread in a reply to a fan who was asking whether she was still working at YG as a public relations director. The singer replied herself from her official account that it is not true.

Earlier this month, the former leader of the band, CL, officially parted ways with YG Entertainment and made her own YouTube channel with Dara's support on Instagram, asking fans to subscribe.

​2NE1 was a South Korean girl group composed of Bom, CL, Dara, and Minzy, formed by YG Entertainment in 2009. 2NE1 was one of the most popular and selling girl groups in South Korea - and of all time. Billboard magazine ranked 2NE1 as one of the best K-pop girl groups of the past decade.
Sandara Park, known as Dara, is a South Korean singer, actress, and MC, as well as an ex-member of 2NE1. Not only has she had an impact on music over the course of the past decade, but she is also considered to be the woman with the most iconic and memorable styles in the Korean music industry.