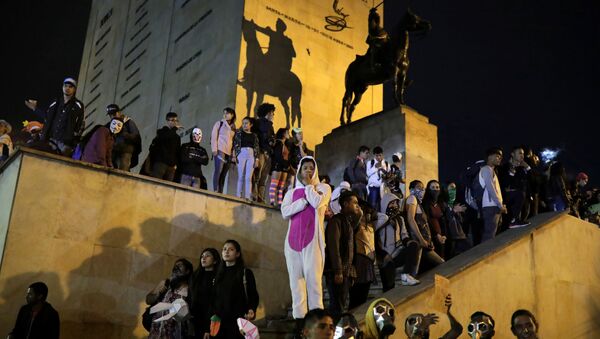 © REUTERS / LUISA GONZALEZ
Subscribe
International
India
Africa
Media reports suggest that authorities are deploying 170,000 law enforcement officers to guarantee security as the region is being rocked by massive protests, including in Chile and Bolivia.

Mass rallies are being held in the city of Bogota as Colombian unions, farmers, indigenous groups, and social organisations call for a national strike against the National Development Plan (NDP) announced by the government.

According to the protesters, the plan, launched by Colombian President Iván Duque Márquez, would jeopardise the social situation in the country due to changes to pension plans and an insufficient education budget.