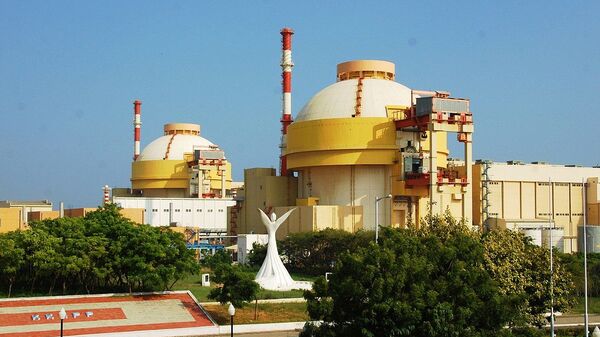 New Delhi (Sputnik): There have been several reports in recent days about North Korean hackers breaching strategic installations in India, including its nuclear and atomic energy plants and the computer systems of some of the country's top nuclear scientists.

On Wednesday, the Indian government clarified that no attempt could breach the computer system of Russian-built Kudankulam Nuclear Power Plant, which is isolated from the “administrative network” of the plant.

India’s junior minister for Atomic Energy, Dr Jitendra, however, confirmed there had been attempts to hack the computer system of the “administrative network”.

“The affected system contains data related to administrative function. Plant control and instrumentation system is not connected to any external network such as Intranet, Internet, and administrative system,” Dr Jitendra Singh told parliamentarians in a written reply.

Last month, the government-owned Nuclear Power Corporation of India Limited (NPCIL) confirmed that one system at its nuclear plant in Tamil Nadu had been infected by malware.

A South Korean cyber security firm claimed the plant was attacked by North Korean "DTrack" malware in an attempt to obtain internal information about the plant’s technology.

Russian-built Kudankulam Nuclear Power Plant is located off the Bay of Bengal in the Tirunelveli district of the southern state of Tamil Nadu. It is the single largest nuclear power station in India, with six reactors. Two reactors are currently operational, construction on two is underway while two others are in the planning stage.