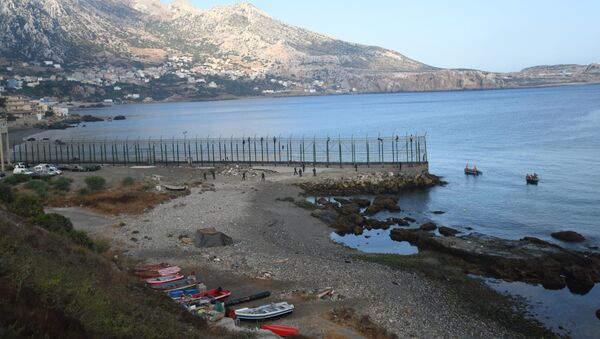 According to Europa Press, four of the migrants were taken to a Ceuta hospital where they were treated for minor injuries.

A van carrying 52 sub-Saharan migrants drove at high speed through security gates on the border between Morocco and Spain to enter the enclave of Ceuta, local media reports say.

​According to Red Cross officials, as quoted by Spanish private news agency Europa Press, the incident happened early on Monday. The migrants who were in the van were later detained by police in the city.

Ceuta is separated from Morocco by a 6-metre wire fence, and usually, migrants try to climb it over to get into the city and apply for asylum there.