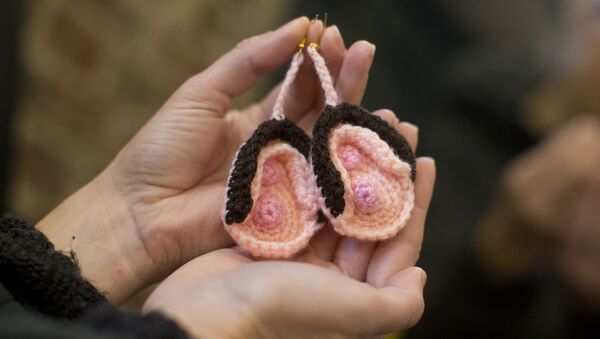 The venue appears to be a gender-specific alternative to the Penis Museum in Iceland that will readily provide infotainment on subjects that have universally been viewed as “taboo”.

Camden’s Stables Market in north-west London will see a one-of-a-kind venue open its doors to the public this weekend – the world’s first vagina museum dedicated to gynaecological anatomy, The Guardian reported.

The reason for starting such a thematic exhibition space appears to be on the surface for Florence Schechter, the director of the place which opened as a result of fundraising, after 1,000 people collectively donated roughly £50,000 over the past few years.

“I discovered there was a penis museum in Iceland but no vagina equivalent anywhere else so I decided to make one”, says Florence.

The first exhibition, which will run until the end of February, is called Muff Busters: Vagina Myths and How To Fight Them and serves largely educational purposes, featuring posters, models of “taboo” female body parts, illustrations, etc.

What led the curator to bust the myths and misconceptions around the delicate issues of sex, cleanliness and periods were YouGov social poll results: back in April, it found that half of the British public surveyed could not describe the function or visibly identify the vagina (52%), the labia (47%) or the urethra (58%).

“The facts for me were astounding", Sarah Creed, who curated the exhibition, said, adding that the museum will focus on a wide variety of current social and political issues surrounding a woman’s role in today’s society.

Many appear to have taken the news with a pinch of salt, even going for vulgarities in disbelief:

One even suggested that it is a blatant waste of money:

….while another cheekily noted that now “London and Amsterdam can marry”:

“Is it near parliament as that's where the Penis Museum is?” one asked, whereas a second one brought up POTUS Trump in the saucy context:

President Trump should be invited for the inauguration.

I’m opening a penis museum next door. Just wait until the liberal mob protests outside of my museum and not the vagina one.

“This will play really well to the Muslim half of the country", a different user butted in.

Overall, though, laughable comments prevailed, and a few decided that memes would speak louder than words.

Never ever in my life was aware of anything taboo about ladies anatomy we are seriously losing our shit I would of loved to been at that planning idea meeting wtf pic.twitter.com/TdQou1RlgO