All Schools, Kindergartens in Hong Kong Suspended Until Monday Amid Protests 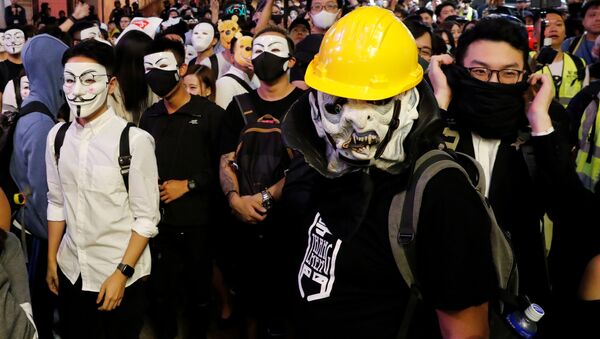 BEIJING (Sputnik) - Classes in all schools and kindergartens in Hong Kong will be suspended until 18 November for security reasons amid the ongoing violent protests, the Hong Kong Education Bureau (EDB) said.

The decision to suspend all primary educational institutions in Hong Kong was announced on Wednesday "in view of the current and anticipated traffic conditions ... for the sake of safety". When it became clear that the situation only worsened in the course of the day, the EDB announced the suspension of schools and kindergartens until next Monday.

Campuses and school grounds, however, must remain open for children who have nowhere else to go, the statement read.

The bureau also warned students against going to potentially dangerous areas and partaking in illegal actions. 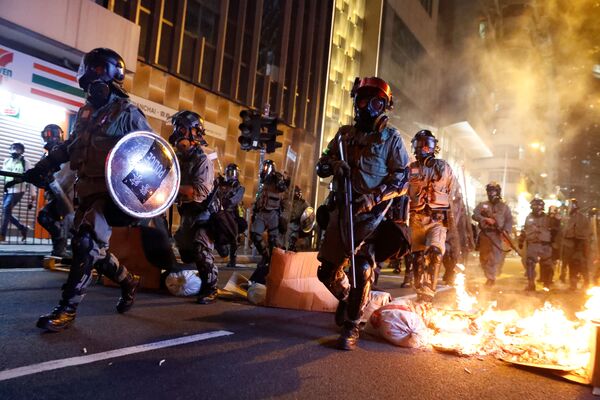 Police passes a burning barricade to break up thousands of anti-government protesters during a march billed as a global "emergency call" for autonomy, in Hong Kong, China November 2, 2019
© REUTERS / Thomas Peter

On Monday, the escalation peaked as protesters clashed with law enforcement officers. Police opened fire to disperse unauthorised rallies while protesters used bricks and firebombs to confront them. One person was injured. The ensuing traffic and closure of several subway stations prompted a number of universities to cancel classes.

Mass protests in Hong Kong started in June in response to a bill that was supposed to allow the extradition of suspects to jurisdictions with which Hong Kong did not previously have an extradition agreement, including mainland China.

The bill was eventually recalled by the government, but people remained in the streets. The rallies are currently in their 23rd consecutive week.