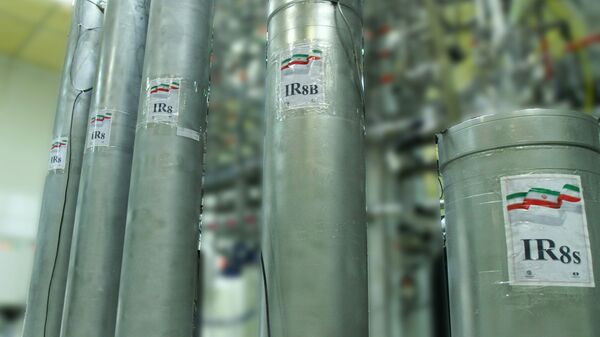 Ilya Tsukanov
All materialsWrite to the author
Earlier, officials from the European Union, France, the UK and Germany issued a joint statement accusing Iran of “breaching” the 2015 nuclear deal and suggesting that they had upheld their commitments to the agreement.

Iranian Foreign Minister Mohammad Javad Zarif has lashed out at the European signatories of the 2015 Joint Comprehensive Plan of Action (JCPOA) nuclear deal, challenging their assertion that they had ‘fully upheld commitments under the JCPOA’.

“YOU? Really?” Zarif tweeted, asking his EU, French, British and German colleagues to “just show ONE that you’ve upheld in the last 18 months.”

On Monday, Brussels and the three European JCPOA signatories jointly accused Iran of hindering their joint efforts to defuse tensions by “breaching” the nuclear deal and increasing nuclear enrichment. “The E3/EU have fully upheld their JCPOA commitments, including sanctions-lifting as foreseen under the JCPOA. It is now critical that Iran upholds its JCPOA commitments and works with all JCPOA participants to de-escalate tensions,” the European signatories said in a joint statement.

Citing a letter he wrote to his European colleagues over a year ago, several months after the Trump administration unilaterally withdrew from the JCPOA and announced the resumption of sanctions, Zarif suggested that Iran had already “triggered, and exhausted” the JCPOA’s dispute resolution mechanism, while its European signatories were too busy “procrastinating”.

In the letter, Zarif had pointed out that despite the US’s withdrawal from the deal, Iran acted “in good faith,” and did not “immediately resort to ‘cease performing its commitments under the JCPOA,’ despite its rights to do so.”

According to Zarif, Iran is now using the “remedies” outlined in paragraph 36 of the JCPOA agreement, which provides Tehran the right to reduce its treaty commitments if it feels that any or all of its European parties were not meeting their commitments under the deal. 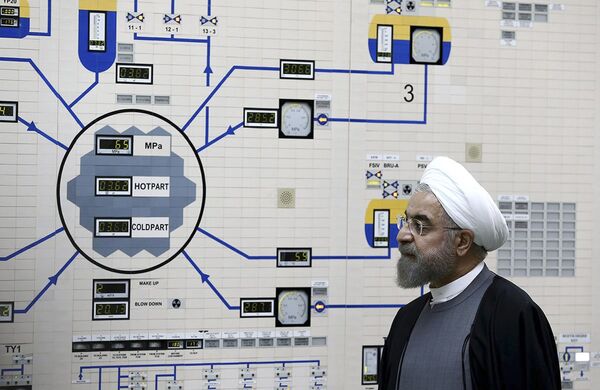 Iran began to scale back its commitments to the JCPOA in stages, with the country launching the fourth stage last week after the expiry of the previous three. On Saturday, the Iranian Atomic Energy Organisation reported that the Islamic Republic was now enriching uranium at a level of five percent, above the JCPOA limits of 3.67 percent.

But the Middle Eastern nation’s enrichment levels remain well below those required to produce a nuclear bomb, and Iran has expressed no intention to do so. Scientists classify weapons grade uranium as uranium with a U-235 concentration of 85 percent or above. The nuclear bomb the US dropped on Hiroshima in 1945 had a U-235 enrichment level of about 80 percent.

The United States formally withdrew from the JCPOA on 8 May 2018, and reimposed tough sanctions against Iran’s banking and energy sectors. The remaining parties, including Russia, China, the EU, France, the UK and Germany, have attempted to find a workaround to US sanctions to preserve the deal. However, Iran has complained that so far, European efforts, including the INSTEX trade mechanism, still haven’t been implemented completely, and aren’t working effectively.

Last week, Iranian Deputy Foreign Minister Abbas Araghchi explained in an interview that for the nuclear deal to work, Europe “must ensure Iran’s interests, the most important of which are Iran’s ability to export oil as well as receive through banks payments for oil sales.”