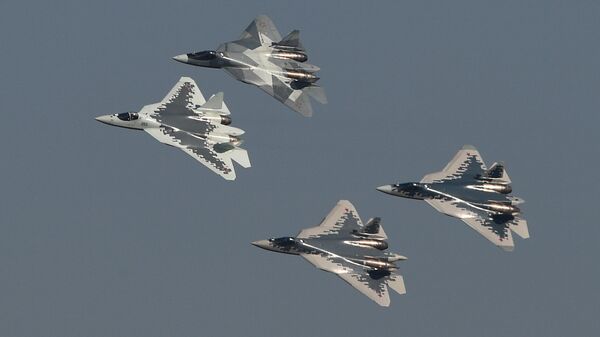 The Su-57 is a fifth-generation stealth air superiority fighter built by Russia’s Sukhoi Company. The single-seat, twin-engine multirole aircraft is equipped with advanced avionics and a variety of high-precision weaponry.

Zvezda, a TV network run by the Russian Ministry of Defence, has published a video showing the assembly of the first fifth-generation serial fighter Su-57 at Sukhoi's Komsomolsk-on-Amur Aircraft Plant in the Russian Far East.

During a visit to the plant, Deputy Defence Minister Aleksey Krivoruchko confirmed that the first production aircraft was “practically ready”, and that Russian Aerospace Forces should receive it by the end of the year.