Is Hollywood Ready to Gush Over Another 'Exotic' Bollywood Beauty? 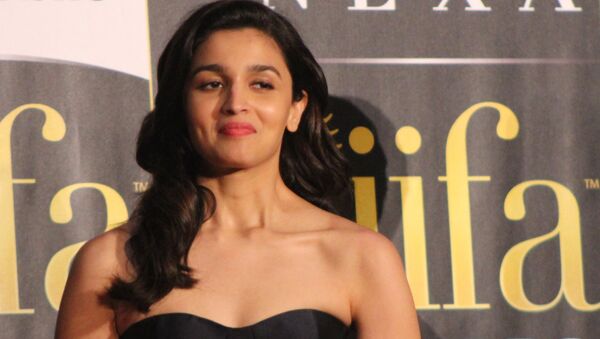 Aila Bhatt, the dimpled princess of India’s tinsel town sparked “Hollywood calling” rumours in India, with the latest picture she shared with her 39.3 million Instagram followers.

According to media reports, the 26-year-old actress is on the lookout for a Hollywood celebrity manager, and that is her primary agenda in LA in addition to getting in some vacationing with her best friend Akansha Ranjan.

happy birthday my everything 💓

Every cute caption/pose that i save for a prospective future bf, i end up using on you (no that doesn’t make me sad at all...🤕) I LOVE YOU MY HEART AND SOUL why are you so far away from me??!!!! 😭 Even tho insta-wishing ain’t a thing no more, you know I’d do it for you😀 happy birthday my jaan ❤️❤️❤️❤️

Earlier this year, the actress revealed that she “hopes to go to Hollywood someday soon”, media reported.

Daughter to ace Bollywood director Mahesh Bhatt and veteran actress Soni Razdan, Alia walked into the Indian entertainment industry in 2012 and dazzled the silver screen in the big-budget blockbuster “Student Of The Year” directed by Karan Johar.

celebrating #7yearsofsoty with this iconic song. Crazy to think they all started with this movie and they have come so far ❤️ #studentoftheyear song: ishq wala love movie: student of the year follow @lovinbolly for more 🌟

Since 2012, Alia has featured in 21 Hindi movies, most out of which have been critically-acclaimed as well as commercially successful hits. One of her recently released movies, "Gully Boy" opposite actor Ranveer Singh was nominated for the prestigious Oscar Awards.

The actress, who recently did an underwater photo-shoot for Vogue Magazine, will soon be seen with beau Ranbir Kapoor in Ayan Mukerji’s upcoming drama “Brahmastra”.

the one with all the joy 😇💥