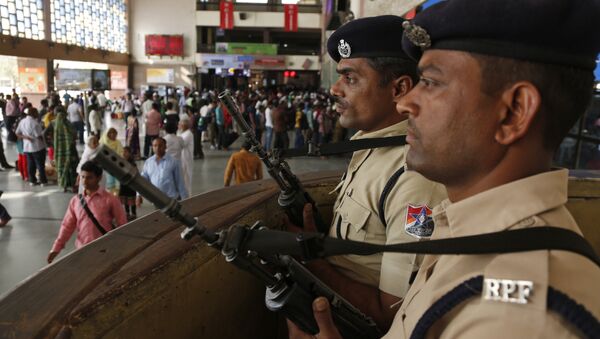 Having thrice failed to get presidential assent previously, a controversial anti-terror bill by the government in the Indian state of Gujarat was declared law on Tuesday by the region’s legislative assembly.

The new law retains a provision of empowering police to tap telephone conversations and submit them in court as evidence. Confessions made in the presence of police are now admissible in court and the probe period has been extended from 90 to 180 days before the filing of a charge sheet.

Before the bill was declared law, the Gujarat's ruling Bharatiya Janata Party (BJP) faced stiff resistance in the legislature from the opposition Congress party over several provisions. The opposition eventually walked out of the assembly.

The bill has been criticised by social activists who said it has "dangerous implications". The state government, however, justified it by claiming that current penal and procedural laws are inadequate to deal with organised crime.

It may be recalled that former Indian president A.P.J. Abdul Kalam had once objected to Section 14 of the Bill (telephone interception as evidence) in 2004 and returned it to the state government to remove the clause.

On Tuesday, the bill was again introduced by Gujarat's Deputy Home Minister Rajnikant Patel, who said that its provisions favour the nation and allow law enforcement to take action against "traitors".