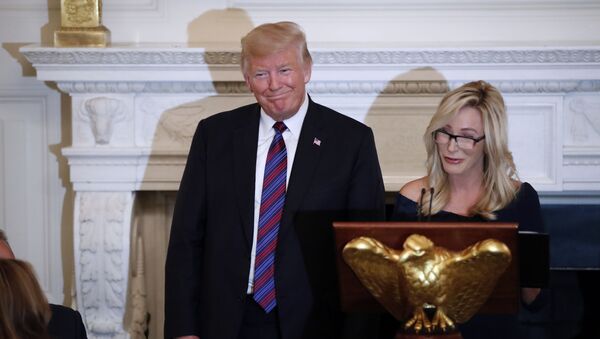 Donald Trump’s real estate ambitions have reached beyond residential properties, golf courses or a border wall, according to his long-time pastor.

Paula White-Cain, Trump’s personal pastor, has said that the US president once wanted to build a giant crystal cathedral.

“He wanted to build a house of God,” White-Cain told the Washington Examiner. “He said, ‘Let’s do this, let’s build this before we’re too old.’”

According to her, Trump summoned an architect for the project in around 2006 and wanted her to head the church, but she declined the offer, citing bad timing (her Pentecostal ministry was on nine TV networks at the time and she was heading toward a second divorce).

The megachurch never materialised, but White-Cain suggested it could be similar to the landmark Crystal Cathedral in Southern California. She recalled Trump saying: “Let’s build a crystal cathedral for God.”

White-Cain, 53, is a popular author and former pastor of the New Destiny Christian Centre in Florida. She has known Trump since 2002 and has served as one of his spiritual advisers since he became president. She provided the invocation prayer during his swearing-in ceremony in January 2017 and has held prayer circles with the president in the Oval Office.

White-Cain has long been a member of Trump’s evangelical advisory board and has just taken up an official position in his administration. According to Religion News Service, the White House has appointed her as adviser to the Faith and Opportunity Initiative, an office that conducts outreach to the religious parts of his base.

The pastor is currently touring the US to promote her new book, Something Greater, described as a memoir about her journey of faith. The book also touches upon her long-time friendship with Donald Trump.