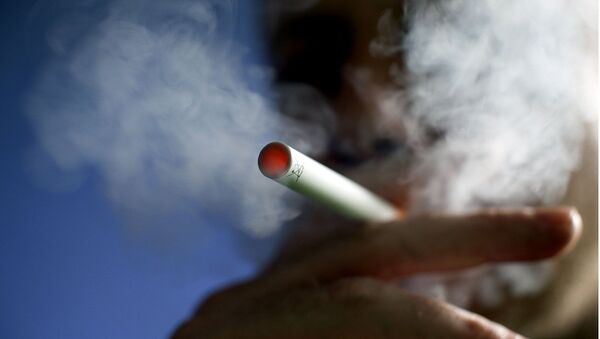 China’s tobacco regulator requested the shutdown of all online stores that sell electronic cigarette (e-cigarette) products on Friday to prevent minors from purchasing the products online.

The notice was published on the website of China Tobacco, a Chinese government agency and state-owned producer of tobacco products operated by the Ministry of Industry and Information Technology that is responsible for tobacco regulation.

In the notice, the regulator "urges e-cigarette producers, retailers, or individual sellers to temporarily close online sales websites or channels" and “urges e-commerce platforms to temporarily close e-cigarette shops" to “further strengthen the protection of the physical and mental health of minors.” China has the world’s biggest population of smokers at more than 300 million.

Chinese startups have in recent years released e-cigarette products similar to those made by Juul, an American company headquartered in San Francisco, California. There is currently no standard regulation of such products in China. Local Chinese e-cigarette companies, namely Relx and Snow+, confirmed in recent statements to Reuters that they would shut down their online sales of e-cigarette products in accordance with the government’s request.

E-cigarette use has also become a contentious issue in the US.

The US Centers for Disease Control and Prevention have reported 34 deaths and 1,604 cases of lung injuries related to the use of e-cigarettes nationwide as of October 22. However, the exact causes of such respiratory illnesses are still under investigation.

In a Wednesday letter to US Health Secretary Alex Azar, a group of 27 Democratic lawmakers urged the Trump administration to expedite the banning of flavored e-cigarette products across the nation.

"Because of the ever-increasing epidemic of youth e-cigarette use that has been fueled by flavors that include mint and menthol, we implore the Administration to finalize a compliance policy removing all unauthorized, non-tobacco flavored e-cigarettes from the market immediately,” the statement reads.